I am just back from a brief road trip to the Big Apple, aka. New York City.

I had three reasons to go there. First, I was invited to a Quora Top Writers meeting. Second, I have recently built a new backup server, to replace the one that has served me faithfully for many years, hosted by my good friend David who lives there. And third, I haven’t been to NYC in ages… and I am quite fond of that city.

I drove. The drive was pleasant and uneventful. The weather could not have been nicer. November indeed… it almost felt like summer! I was wearing a shirt the entire time.

Once the new server was installed (which went without a hitch), David and I visited a fantastic little place in Brooklyn: the Subway Museum. An out-of-service subway station has been converted into this museum, which allows them to host renovated subway cars that remain powered, complete with original lighting fixtures. You can walk through them, even sit down in them, and contemplate what it must have been like to ride the subway in Manhattan while the Great War was raging in distant Europe. 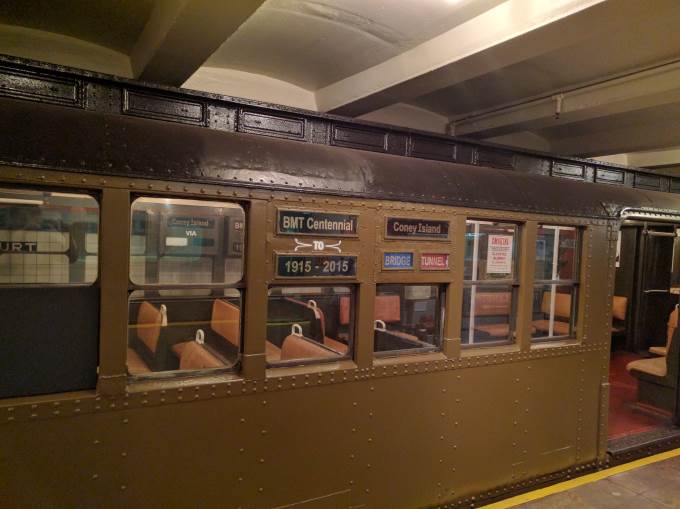 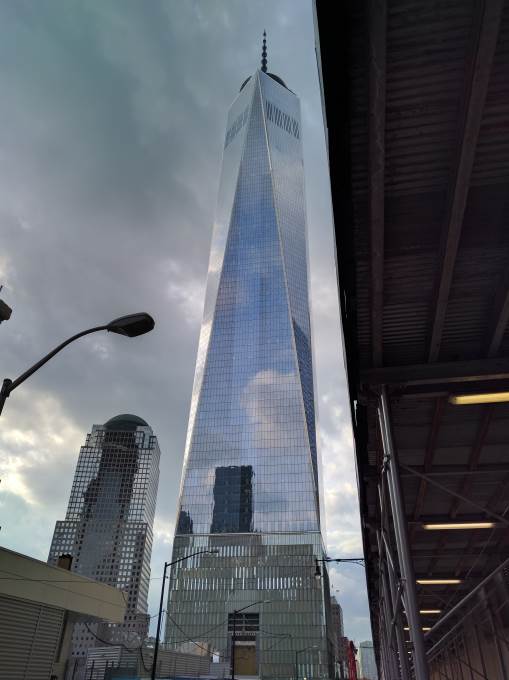 Although we didn’t have time to go up to the Observatory level, we did visit the 9/11 memorial. That sad day, which David and I both vividly remember (for instance, we were on the phone when I warned him as the second tower began to topple, which was visible on CNN, so he rushed to his office window in time to see with his own eyes as that tower, too, vanished in a billowing cloud of smoke), left an indelible mark on this great city. 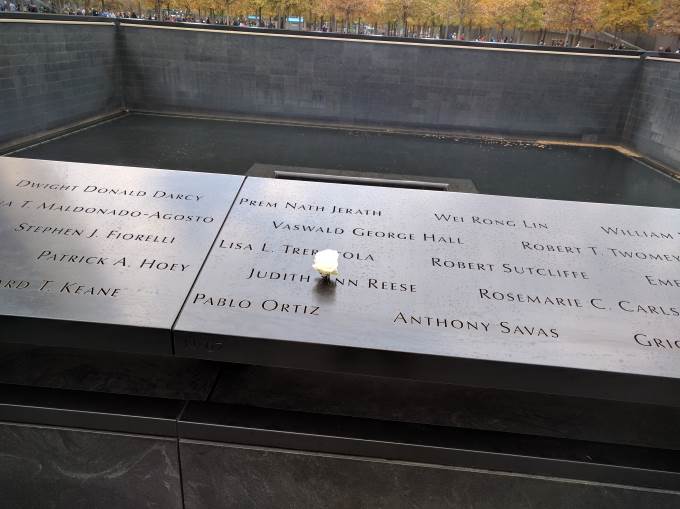 I didn’t take any pictures at the Quora meeting. There were several attendees with professional photo gear… I am sure that the pictures they took will surface somewhere eventually. But I did meet some amazing people and had some very interesting conversations. A great evening, even though my voice is still hoarse from all the shouting (the restaurant had very bad acoustics.)

One of my guilty pleasures is watching dash cam videos on YouTube. On my way home, I was given the opportunity to produce a dash cam video of my own, as I witnessed a near miss right in front of me:

I was using my mobile phone as a dash cam throughout the trip. Not because I was hoping to catch an accident, but I thought it might be a good idea just in case, and perhaps it might even help me record some memorable sights.