And the most maligned game of the year award for 2016 goes to… undoubtedly, No Man’s Sky. This game was much hyped by its creator in the months leading up to its release, hugely disappointing its fans when the released version lacked many of the features that they anticipated.

I was not part of this lot, though. I have not even heard of No Man’s Sky until I was asked to review it by a customer.

I spent a bit of time playing with it. I actually found the game quite enjoyable, albeit a bit monotonous after a while. Game play, in the end, boils down to landing on a planet, collecting resources, upgrading your ship, suit, or weapon, and moving on. There is a very thin storyline about some perpetual conflict between the three alien races that you meet, the mysterious “sentinels”, and the even more mysterious Atlas that ultimately reveals that the galaxy which you explore is just a simulation (d’oh!) but I found it uncompelling. Still, I found the game strangely attractive. Perhaps because it is the ultimate sandbox environment: You are not confined to a building, a cave, a city, a country, or even to a whole planet: you have an entire universe to explore!

Still, I’d love to have seen more races, signs of civilization, alien cities covering entire continents… or for that matter, just continents and more variety in the landscape within a planet, differences between mountains and plains, polar and equatorial regions and the like.

In short, I have to agree with those reviewers that No Man’s Sky feels a little unfinished; it would make an excellent indie game, but it is a bit of a letdown when it is released at a premium price under a major label (SONY).

Like all other games, No Man’s Sky has its glitches. I certainly ran into a few of them. The most annoying is when the game slows down unexpectedly, for which the only remedy is to restart the game and reload the last save. Fortunately, the remaining glitches were much easier to overcome. Like, when I managed to land my spaceship on top of a freaking plant. 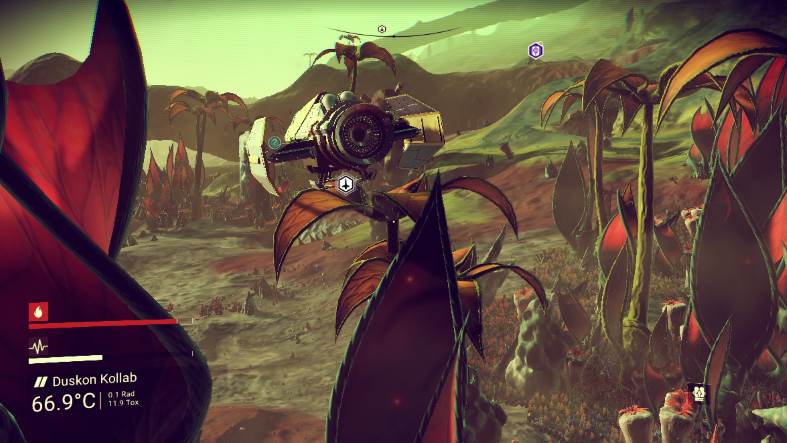 I also managed to land once on top of a tower, with my spaceship precariously balanced on one end, making it quite a challenge to get back on board. 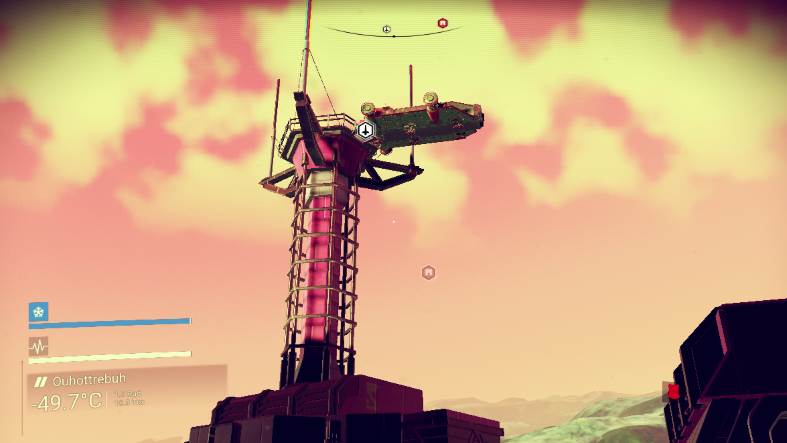 Or how about my starship, which I swear I previously left on the ground, ending up high, way high up in the sky? Thankfully, by this time I knew how to call my spaceship back. 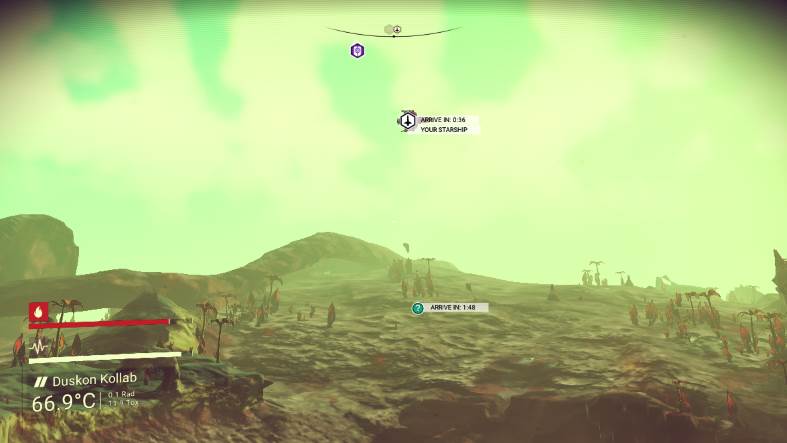 I once managed to fall out of the world. It is a bit disconcerting, but easy to solve by reloading my last save. 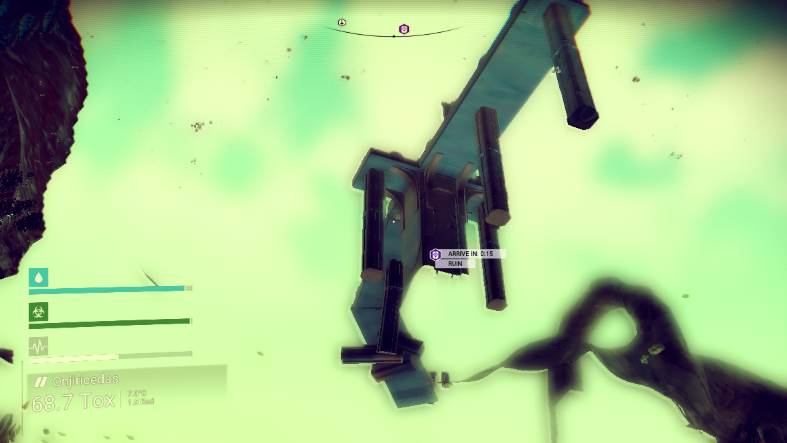 And once I happened upon a building that was mostly floating in the air. As it turns out, building floors are transparent from below. I was hoping to be able to enter areas that were previously inaccessible to me (I have not yet obtained the appropriate Atlas pass), but alas, the transparency did not go that far. 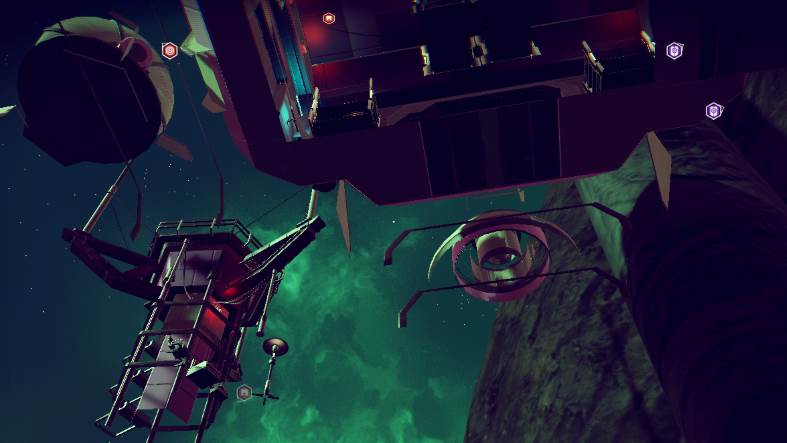 Speaking of spaceships, here is the cutest-looking ship that I managed to acquire during my travels: 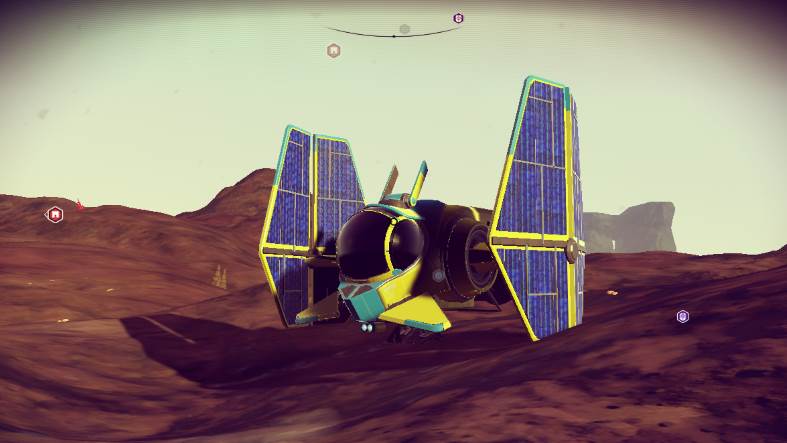 Unfortunately I had to trade it away when a spaceship with a bigger cargo capacity became available. Maybe one day I’ll find another one like this, with more cargo space.

In the end, it seems to me that No Man’s Sky will not appeal to everyone, but to those who like it, it can be quite enjoyable with decent replay value. I still fire it up from time to time.