CNN reports that ACARS messages received from MS804 in the minutes before its disappearance indicate a fire on board.

I was able to find online a copy of the screenshot discussed by CNN: 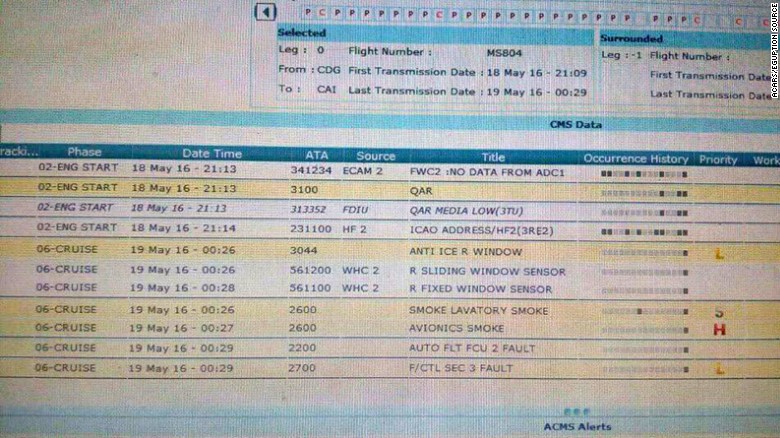 CNN’s talking heads are still discussing the terrorism theory, but in light of these data, it looks increasingly unlikely. It is very difficult to imagine a terrorism scenario that begins with one of the cockpit windows.