This morning, my copy of The Globe and Mail had a pair of postcard-like pictures on its front page: 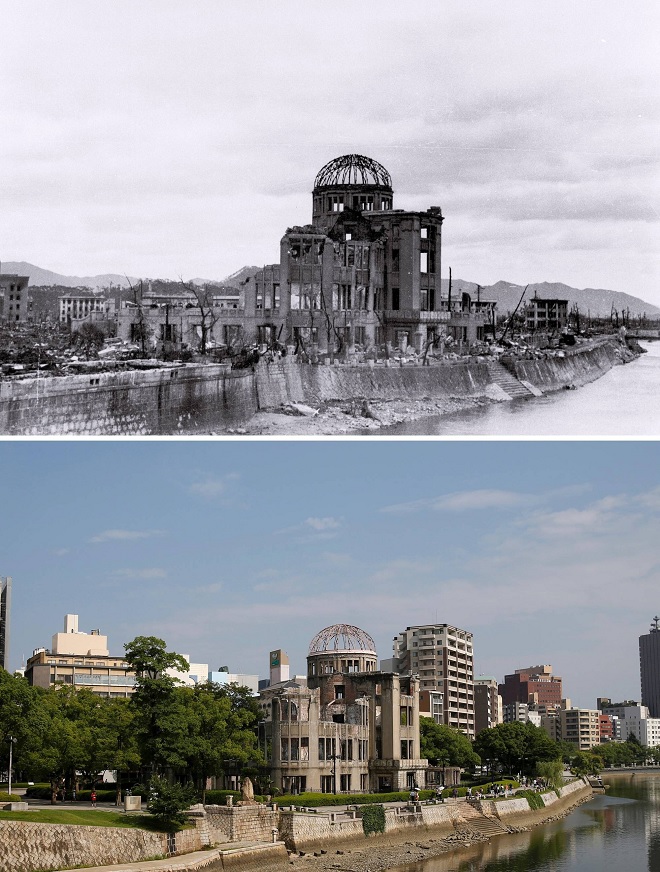 These pictures are a rather graphic reminder of what happened exactly 70 years ago today: the destruction of Hiroshima, in the first ever use of a nuclear device as a weapon of war.

Thankfully, the last such use occurred only three days later, in Nagasaki. No atomic bombs were exploded in anger ever since. I don’t know how much longer our luck will hold, but I doubt anyone in the 1960s would have predicted a world with no nuclear confrontation for another half a century.