A young Hungarian woman from Transylvania, Zsuzsa Nágó, who recently became a citizen of Hungary (the political calculation behind the citizenship regime of Hungary that allows ethnic Hungarians in neighboring countries to acquire Hungarian citizenship easily is another story altogether) decided to renounce her Hungarian citizenship in protest against Hungary’s policies towards refugee migrants, including the recently started construction of a border fence. 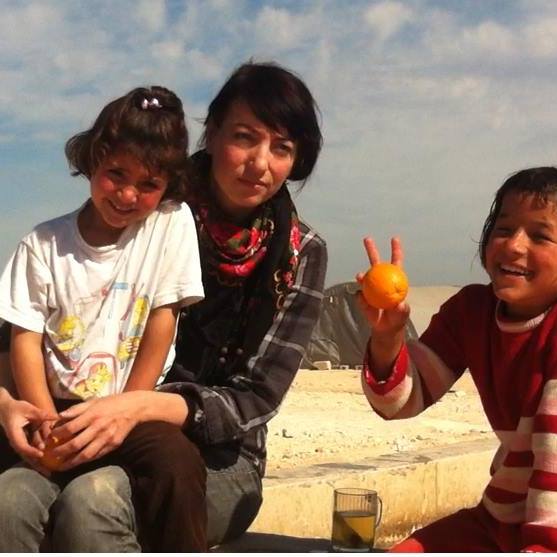 I can only admire her decision. She puts me to shame: I maintain my Hungarian citizenship, in part, to enjoy the benefits of an EU passport. But I am also a citizen of Canada. For someone whose only other passport is Romanian, this step is a significant sacrifice.

Sadly, I agree with her reasons. And the comments she received from “patriotic” Hungarians (here is one of the milder ones: “Let her move to Afghanistan so that she can sell her pinko-liberal stories to the Muslims there…”) only reinforce my conviction that it is not just the politics of the day: racism and hatred are deeply rooted in Hungarian society.

Thankfully, there are exceptions. A commenter named Gabor wrote:

“I would not connect this with the presently reigning government although the fence was their idea. (And it may not even be the biggest issue.) What has been taking place here for decades is enough for many people to not want to be Hungarian citizens or sometimes even renounce their ethnicity. Anyway, the leadership is what the people deserve. On my part I mostly met decent and kind people in the countryside, ever since I’m alive. Here in the capital most people are selfish, narrow-minded, envious, ill-intentioned, petty and calculating. Just like the ones described by Attila Jozsef [pre-eminent 20th century Hungarian poet; translation is mine, I found a translation online but it was less than mediocre, completely gutting these lines of their real meaning]:

Oh, this is not how I envisioned order,
my soul is stranger here.
I did not believe in existence so easy
for those who sneak.
Nor a people that fears to make a choice,
eyes cast down, furtively ruminating,
finding cheer in plunder.

“Many fail to notice that this is the source of all problems. There is for instance Trianon [location where the Paris peace treaty was signed in 1919, depriving the Kingdom of Hungary of two thirds of its historical territory.] It’s not as if they divided a unified Hungarian people. That would not have been sustainable. They adjusted the political make-up of a divided, splintering country to match reality. True, perhaps they went a little too far, but fundamentally this is what it was. If it wasn’t, then Trianon would not have happened, or it would have been reversed long ago, not just in the imagination of the far right. And those who do not feel comfortable here leave, thus sustaining, even strengthening the present situation.”

Unfortunately, people like Gabor represent a minority. (No, I don’t agree with his characterization of the people of Budapest vs. the countryside, but other than that, I could have used very similar words.)

Meanwhile, Zsuzsa Nágó is heading back to Turkey, to continue helping those who are the most in need.