A few months ago, after a miserable half decade during which Greece lost one quarter of its economy, fed-up Greeks elected a far-left government that promised no more austerity, no more giving in to heartless European demands.

To bolster its legitimacy, the government held a nationwide referendum, in which Greeks voted in large numbers against accepting a (by then defunct) austerity package that was a precondition for more European bailouts and assistance.

And now… the Greek government agreed to an even worse austerity package than the one Greek voters just rejected?

What exactly happened here while I blinked? 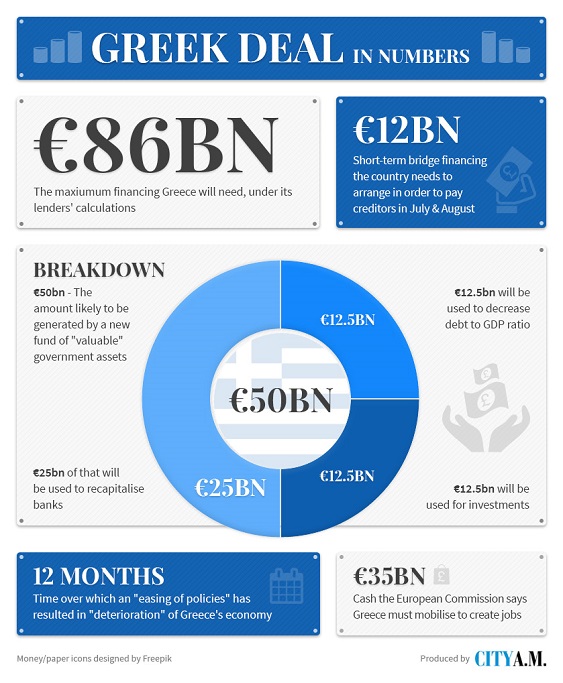