John Forbes Nash Jr. is dead, along with his wife Alicia. They were killed on the New Jersey Turnpike when the taxi, taking them home from the airport, crashed into a guardrail and another vehicle after the driver lost control while trying to pass. 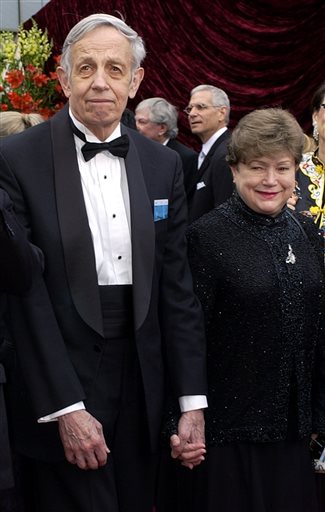 Nash and his wife were returning from Norway, where Nash was one of the recipients of the 2015 Abel prize.

News of this accident made me shudder for another reason. Less than two weeks ago, when I was returning from Dubai, my taxi driver not only answered a call on his cell phone, he even responded to a text while driving. I was too tired to say anything at first and then thankfully he came to his senses… but his behavior made me feel decidedly uncomfortable in his vehicle. Next time, I will not hesitate to tell the taxi driver to stop immediately or call another taxi for me.