Local signal substitution or simultaneous substitution is when a cable company replaces the signal of a US station with that of a local Canadian station when the two broadcast the same show.

The idea is to give local stations a chance to earn more advertising revenue. A great idea when it works, but an absolute annoyance when it is done improperly.

Like tonight… when I am staying up late for the sole purpose of watching the very last David Letterman show. 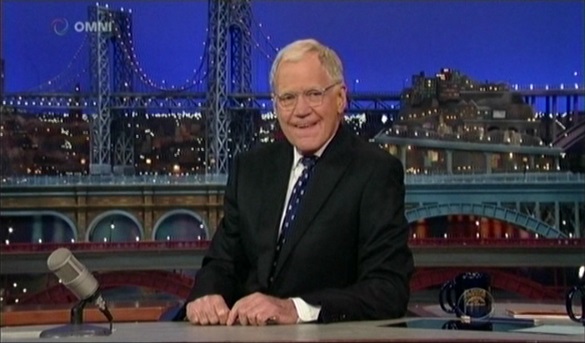 The show runs longer than usual… not surprising.

What is also, sadly, not surprising, but annoying like hell, is when Rogers Cable rather inconsiderately cuts off the CBS signal at 12:37 AM, because in their book, Letterman should have shut up by then, and if he didn’t it’s his problem, not theirs, and according to their schedule, it’s now time to substitute another signal.

I so, so, so hope that one of these days, the CRTC will tell these buggers to bugger off and stop messing with the signal.

Then again, it probably won’t happen before this whole conventional television thing becomes entirely irrelevant anyway… and good riddance, too.

Fortunately, I was able to watch the rest of Letterman’s final show on another channel, the signal of which was not messed up by our favorite idiotic cable company. It did mess up my attempt to record the final show, though. And to think that they have the audacity to complain that the CRTC ended simultaneous substitution for the Super Bowl.

(I notice that in the meantime, somebody came to their frigging senses at Rogers, and the CBS signal is restored. Bravo. Better late than never, I suppose.)