I was quite doubtful about the theory that Germanwings 9525 was brought down intentionally by its co-pilot. I was more inclined to bet on a health problem. Perhaps I could argue that in a sense, I was right: mental illness can be just as debilitating as any physical condition. And a person suffering from severe mental illness can be quite capable of doing unspeakable, irrational things, whether it is due to “voices”, an exaggerated sense of self, or whatever.

In response, airlines around the world are now instituting the “two person rule”, requiring two members of the crew to be present in the cockpit at all times. Like the reinforced cockpit door, I wonder if this recommendation is based on the best scientific analysis available, or if it is another example of knee-jerk “security theater”. 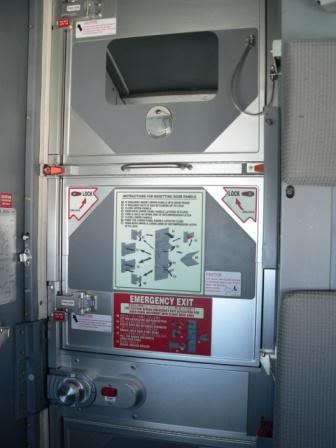 I am especially concerned because in response to a very low probability event (a pilot going berserk and locking the other pilot out), we introduce another possibility, the probability of which may in fact be higher: that a non-pilot member of the crew gains access to the cockpit with nefarious intent.

Arguably, this is replacing one black swan with another black swan but still… think of the reinforced cockpit door itself. It was supposed to prevent another 9/11-like scenario, however unlikely it is for one to occur again; instead, it introduced its own unique dangers, and now claimed 150 lives. Not only that, but I just found out that the door mechanism itself has been responsible for at least one unscheduled landing, when it began smoldering and the resulting smoke caused pilots to divert.

Wouldn’t it make more sense to listen to the professionals, say, at the American NTSB and ask for their informed analysis and opinion before introducing these regulations?