Last month, something happened to me that may never happen again: I had not one but two papers accepted by Physical Review D in the same month, on two completely different topics.

The first was a paper I wrote with John Moffat, showing how well his scalar-tensor-vector gravity theory (STVG, also called MOG) fits an extended set of Milky Way rotational curve data out to a radius of nearly 200 kpc. In contrast, the archetypal modified gravity theory, MOND (Mordehai Milgrom’s MOdified Newtonian Dynamics) does not fare so well: as it predicts a flat rotation curve, its fit to the data is rather poor, although its advocates suggest that the fit might improve if we take into account the “external” gravitational field due to other galaxies. 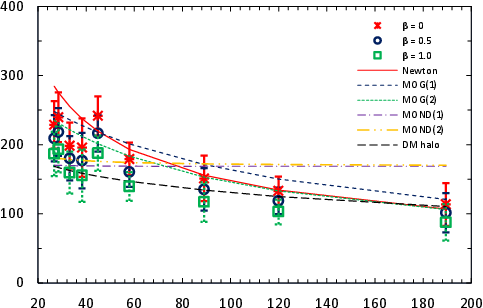 The other paper, which I wrote together with an old friend and colleague, Eniko Madarassy, details a set of numerical simulations of self-gravitating Bose-Einstein condensates, which may form exotic stars or stellar cores. There has been some discussion in the literature concerning the stability of such objects. Our simulation shows that they are stable, which confirms my own finding, detailed in an earlier paper (which, curiously, was rejected by PRD), namely that the perceived instability arises from an inappropriate application of an approximation (the Thomas-Fermi approximation) used to provide a simplistic description of the condensate. 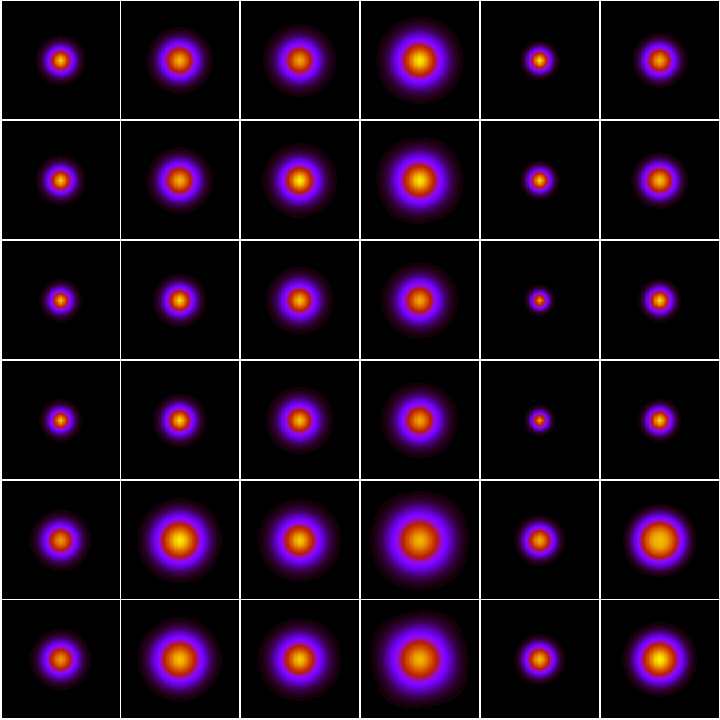 Oh, and we also had another paper accepted, not by Physical Review D, but by the International Journal of Modern Physics D, but still… it is about yet another topic, post-Galilean coordinate transformations and the analysis of the N-body problem in general relativity. Unlike the first two papers, this one was mostly the work of my co-author, Slava Turyshev, but I feel honored to have been able to contribute. It is a 48-page monster (in the rather efficient REVTeX style; who knows how many pages it will be in the style used by IJMPD) with over 400 equations.

All in all, a productive month insofar as my nonexistent second career as a theoretical physicist is concerned. Now I have to concentrate on my first job, the one that feeds the cats…

One Response to “Two papers”