Benjamin Netanyahu warned the United States, in his unusually (and rather inappropriately) partisan address to Congress, that Iran’s nuclear ambitions represent an existential threat to Israel. 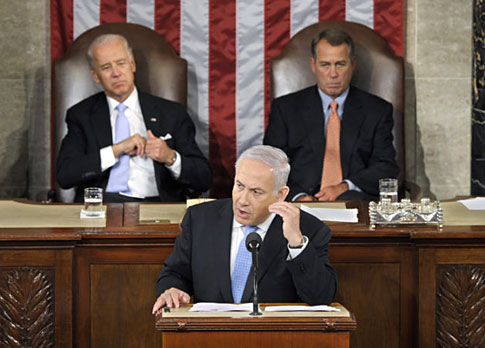 How many times do you cry wolf before others stop taking you seriously?

Just to be clear, I have no illusions nor delusions about the Iranian regime. It is a dangerous regime that supports unsavory causes, not to mention genuine terrorists, around the world. And they certainly threatened Israel in the past.

However, I do not believe that the Iranian regime is planning to nuke Israel. As a matter of fact, I suspect that they are aiming to remain a “threshold” nuclear power for the foreseeable future: that is, develop the technological foundations so that they are capable of producing nuclear weapons on short notice, use their nuclear program as a bargaining chip, but avoid building actual weapons.

Meanwhile, Netanyahu’s political stunt is probably causing more damage to Israel than anything the ayatollahs could dream up. By playing a divisive political game in Washington, Netanyahu risks losing the one thing Israel cannot afford to lose under any circumstances: bipartisan support in Washington. For this reason, it seems to me that Benjamin Netanyahu represents a greater existential threat to Israel than any Iranian nuke.