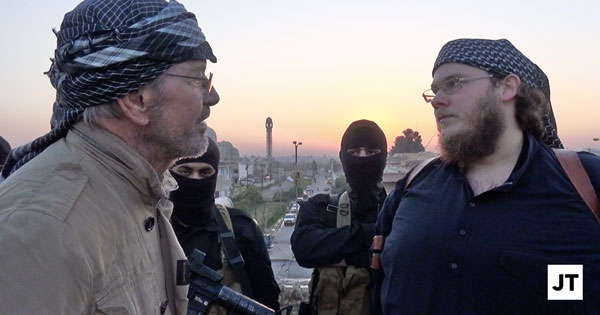 His experiences and his conclusions are sobering. He believes that the threat represented by ISIS (which he considers a legacy of George W. Bush’s illegal war in Iraq) and the strength of the Islamic State are greatly underestimated. He also believes (and I tend to agree) that ISIS cannot be defeated by bombs; that unless a viable, credible alternative is offered to the Sunni population, ISIS will prevail.

I disagree with his conclusion, though, that ISIS is the greatest threat to world peace. It is a threat, to be sure, but apart from random attacks by ISIS sympathizers (which, thankfully, are few and far between) I don’t think ISIS represents a serious security challenge to the West. If I went looking for the greatest threat to world peace, I’d be more concerned about a potential conflict between nuclear-armed adversaries in Asia, or about a Putin presiding over a failed Russian oil state, whining to the world that because he has so many nukes, he must be taken seriously and be treated with more respect.