Well, since I referred to the Katzenbande using a German word, I think it’s only appropriate to use German again to describe tonight’s visitor. 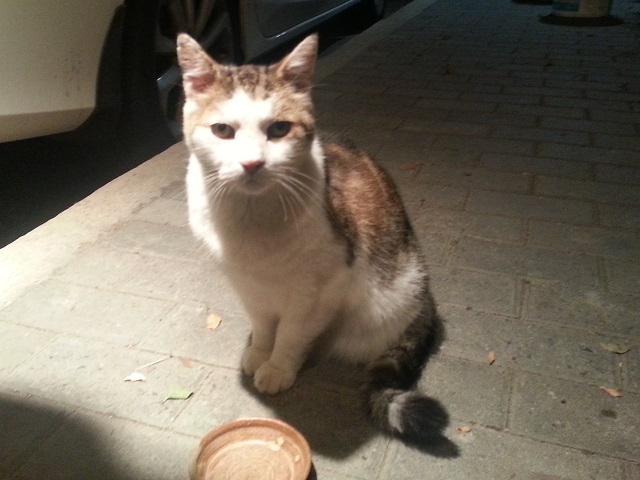 This cat, called MJ by his owner but Pizsomó (pajamas, but in a diminutive form) by us due to the pajama-like pattern of his coat, has been calling on us for many years. We think he first paid a visit sometime back in 2005. He doesn’t come often anymore (a good thing, too, as he has to cross a somewhat wide street to get here) but tonight, he must have gotten wind that I am inventorying the Katzenbande; he showed up just a few minutes ago.

MJ is a famous cat, by the way. Along with his buddy, Misty, they can be seen in an April, 2012 Google Street View image.