In light of all these facts, even if the black boxes can never be analyzed, even if the wreckage has been disturbed, even if the site has been looted, even if no investigators are allowed on the scene, I think that the basic conclusion is rock solid: MH17 was shot down by pro-Russian separatists who mistook it for a Ukrainian military airplane, and who were possibly not aware of the fact that international air traffic was allowed to fly over the disputed region at altitudes greater than 32,000 feet. 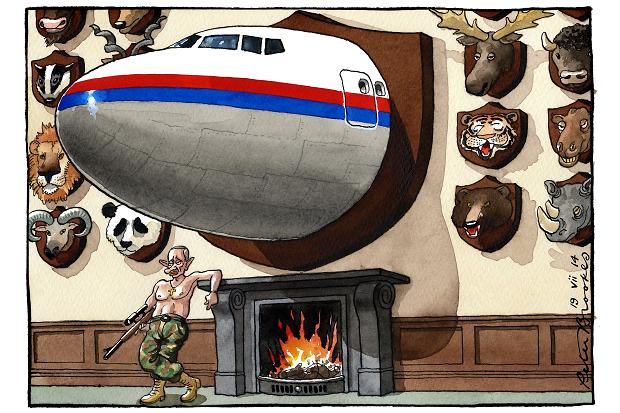 From The Times of London.

The answers to these questions determine the degree of Mr. Putin’s culpability.

The Ukrainians also presented a video, showing the alleged missile truck, with one of four missiles missing, en route to Russia. There were also reports according to which the airplanes black boxes were found and have since been removed to Russia. If true, these facts only increase the culpability of Mr. Putin’s government.

Meanwhile, Russia’s propaganda machine is now in high gear, full of insinuations, including these:

So there. Tensions are never a good thing, especially with a nuclear superpower like Russia, but I nonetheless believe that at the very least, Mr. Putin should be held accountable for being an accomplice in a crime against humanity.