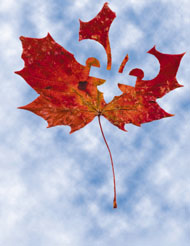 Here is a new statistic.

In the first seven months of 2013, there were 25 reports of verbal or physical insults against Muslims on the streets of Quebec’s cities.

Then, the Parti Quebecois government introduced the notion of its “value charter”, aimed at banning the wear of religious clothing and overtly religious symbols by people employed in the public service.

In the past month, there were 117 instances of verbal or physical abuse reported by Muslims (in the overwhelming majority of cases, by Muslim women) who were insulted on Quebec streets.

In other words, Quebec nationalists, under the guise of protecting women’s rights, created a problem where none existed, and pitted communities against each other.

I am sick to the stomach by nationalism be it Hungarians, Jews, Russians, Chinese, or for that matter, Quebecois.