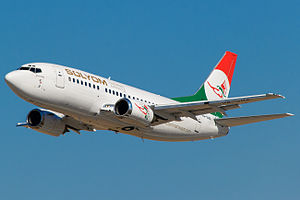 Hungary once had a proud national airline, MALÉV. I once worked for MALÉV, at least indirectly, when I built software simulators to calculate take-off distances and later, CO2 emissions for MALÉV’s fleet of Tu-154 aircraft. Sadly, MALÉV is no more: in early 2012, after the European Union declared that MALÉV received illegal subsidies from the Hungarian government, the airline went bankrupt and was liquidated.

Earlier this year, we saw some encouraging news: a private group of investors were trying to create a new national airline, designed to compete at the high end of the market. Their initial announcements were received with hope by some, with skepticism by others. The airline hit some bureaucratic hurdles as it was trying to get its newly leased small fleet of used 737s off the ground; their inaugural flights were repeatedly postponed.

But now, we learn that a prospective investor from the Middle East withdraw from the project, and as a result, the airline is unable to pay the salaries of its 70-odd employees for the month of September. In other words, for all practical intents and purposes, it is bankrupt. And this is probably a world first: a national airline that goes bankrupt without ever getting a single scheduled flight off the tarmac.