So pretend for a moment the following: In Moscow, the French ambassador gives an interview to a local French-language TV program that is broadcast to the expatriate French community in Russia. As he speaks, you notice that the flag behind him is not the French tricolor but Quebec’s flag, the Fleurdelisé. How would you interpret this? Exactly what is the ambassador trying to say?

Of course France’s ambassadors are generally more diplomatic than that. Even if they were to support Quebec’s independence from Canada, I doubt they would do so in such a crudely undiplomatic manner.

So then, when Hungary’s ambassador here in Ottawa gave an interview to Magyar Képek, a Hungarian-language television program broadcast on OMNI TV throughout Canada, why did he choose to do so standing in front of not Hungary’s tricolor, but the flag of Székely Land (also known as Szekler Land, or Székelyföld in Hungarian, a territory in Eastern Transylvania inhabited by Hungarian-speaking ethnic Székelys)? 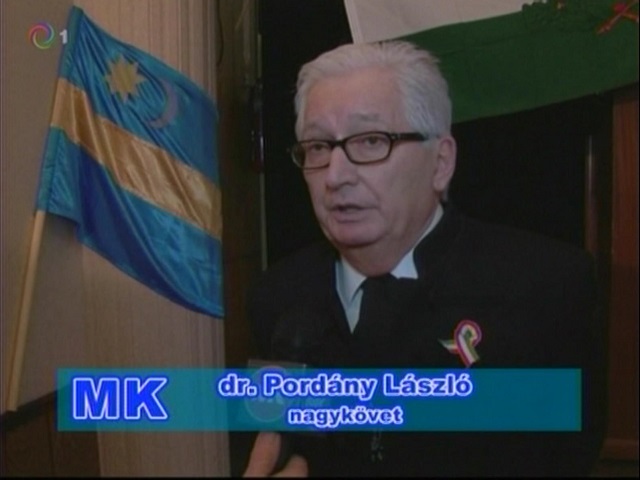 I cannot help but wonder about the thinking behind this.

2 Responses to “Ambassadors and strange flags”