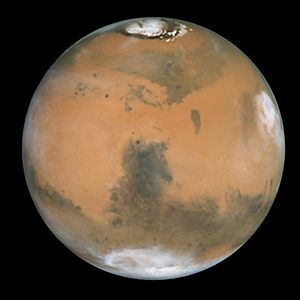 The news is that Dennis Tito, the first ever space tourist to go to the International Space Station, is planning a privately financed manned flyby mission to Mars in 2018.

I don’t know how feasible it is. I actually have doubts that they will succeed. And the scientific value of such a mission would likely be negligible.

Even so… I dearly hope that they succeed. And if they asked me to go, I’d sign up without hesitation, despite the prospect of spending 500 days with another human being locked up in a tiny capsule, despite the significant probability that we won’t make it back alive.

It is okay to think about the economics, technical feasibility, and scientific value of a space mission, but all too often these days, we forget that other thing: inspiration. Sometimes, that’s worth a great deal. A generation of Soviet scientists and engineers inspired by Sputnik or the flight of Gagarin, and a generation of American scientists and engineers inspired by Apollo and Armstrong’s “one small step” can bear witness of this.