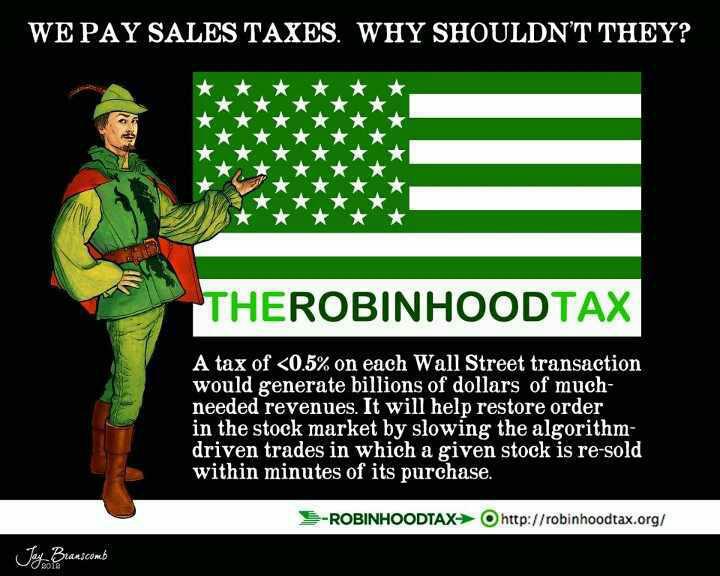 The other day, I read about an interesting experiment: The Guardian solicited readers’ ideas to resolve the nuclear crisis at Fukushima. Predictably, the majority of the submitted ideas were dangerous nonsense.

Today, I ran across something on Facebook: an attempt to promote the Robin Hood tax, a tax on financial (e.g., Wall Street) transactions. The suggestion is that a tax of a mere 0.5% on Wall Street transactions would not only generate billions in revenue but also slow down algorithmic trading that can cause so much runaway damage. Wikipedia tells me that EU citizens overwhelmingly support such a tax.

The trouble is that Wikipedia also tells me the reasons why such a tax may not be a great idea after all, as well as past lessons from attempts to implement such taxes, e.g., in Sweden. These are the consequences that are left out of the populist rhetoric, and are usually only discussed by experts.

Should this mean that we should leave political and economic decision-making to experts? It has been tried before. It is called totalitarianism. So once again, I am reminded of Churchill’s words: “democracy is the worst form of government except all those other forms that have been tried from time to time”.

Which is why the often quixotic fight of those who try to educate the public is both noble and essential.