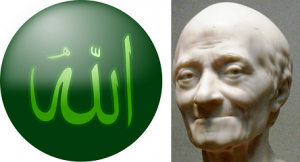 There is, apparently, a call for a world-wide ban on anti-Islam “hate speech”: essentially, any speech that criticizes Islam or its prophet.

My immediate reaction was a flat out Cold War Soviet-style “Nyet”. Or simply to tell them to bugger off. Seriously bugger off.

But it was a friend of mine whose views on Islam are generally far less restrained who offered the most eloquent way to respond to these calls. It was a quotation supposedly from Voltaire:

“To learn who rules over you, simply find out who you are not allowed to criticize.”