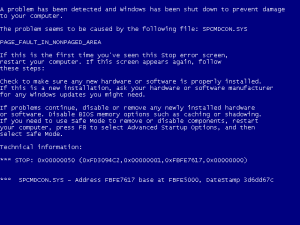 The headline almost made sense. Yes, bad drivers cause crashes, indeed the main reason why modern operating systems crash these days is bad third-party drivers. So being able to identify and report a bad driver kind of makes sense, but how would you do that? And what does it have to do with your docs? Did the author mean perhaps that a document, say, an HTML page, could display a warning about a bad driver instead of invoking the driver (e.g., to display video) and risk crashing the browser or the computer?

Then, about three tenths of a second later, I realized that the headline was about road accidents and medical doctors.