Once again, I was doing something dangerous: despite being a programmer, I chose to carry not just a screwdriver but also some power tools.

Two weeks ago, I had a plumbing crew remove our old bathtub. It was way overdue: 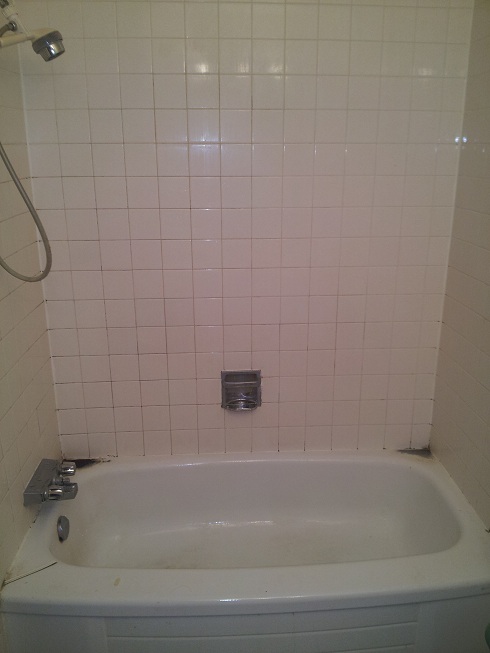 It took them no more than a couple of hours to reduce the bathtub to this: 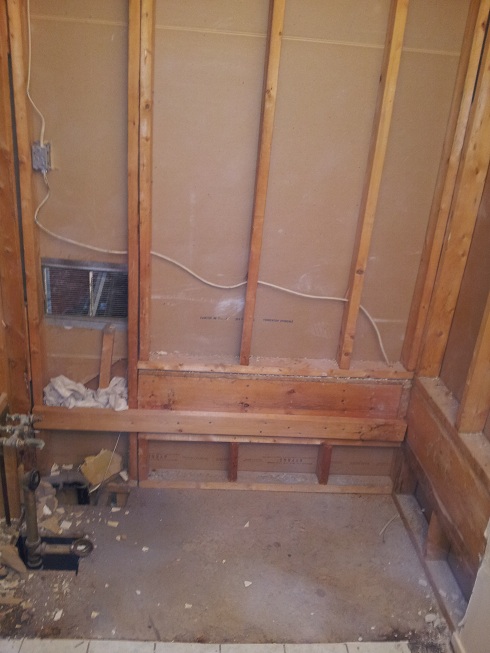 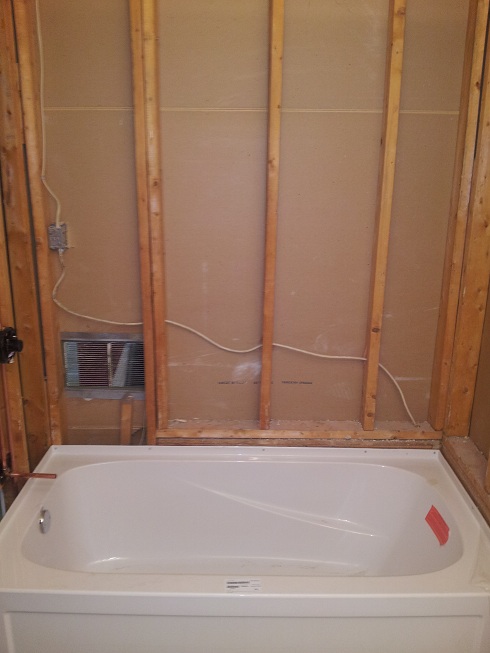 From this point on, I was on my own. It was by choice: I dislike having workmen in my house and in any case, these are skills that, I think, are well worth learning.

Having never done tiles (or for that matter, sheet rock) before, I was taking things slowly. (Hey, I am also just a few months shy of fifty, somewhat overweight, and I usually spend my days in an armchair sitting in front of a computer.) Even so, a few days later, I was done with all the preliminary work: notably, the installation of tile backer drywall: 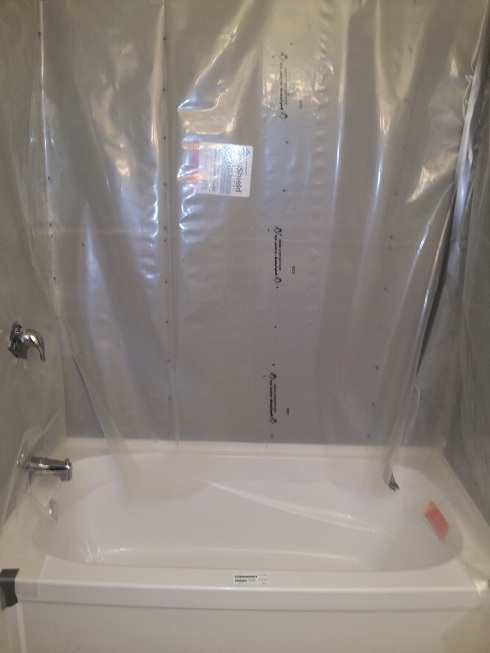 The plastic sheets were put in there so that we could use the bathroom even while it was still under construction.

Next came the tiles. The tricky bit (for me anyway) was to cut tiles around the faucet and other fixtures. I was able to cut pretty decent holes using a tile cutter bit in my “Roto-ZIP” tool: 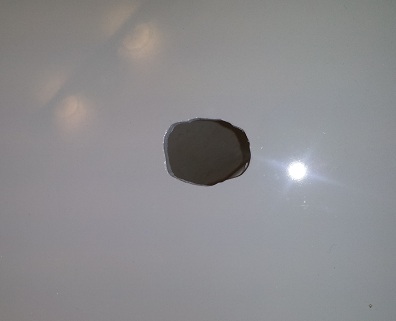 And thus it came to be that a little less than two weeks after the plumbers left, the tiling was done: 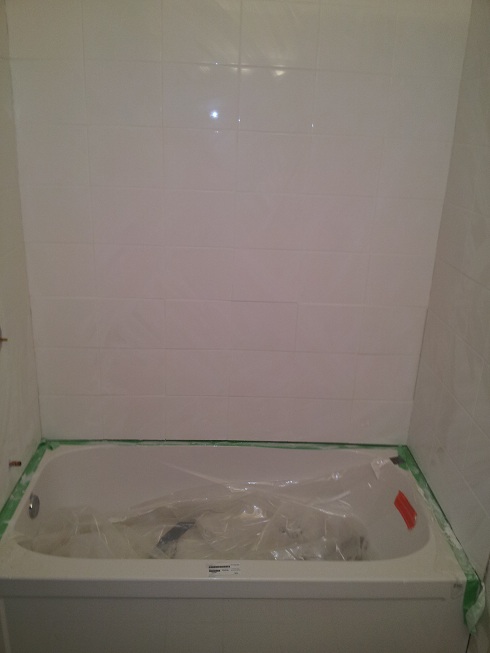 There was, of course, still more work to do. First, I had to wait a few days for the adhesive to set before grouting the tiles. Once I completed the grouting successfully, I had to wait another few days before I could spray the new grout with sealant. It was only at this point, namely today, that I sealed the edges of the tile using silicone. Finally, once the fixtures were reattached, the job was at last done: 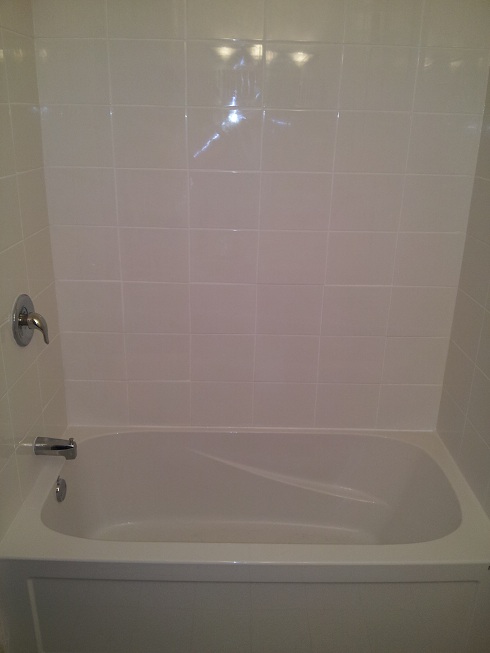 Needless to say, I am mighty proud of myself. In fact, I’ll probably be insufferably proud for the next few days (that is, unless the tiles start popping off, in which case my insufferable pride will rapidly turn into an overwhelming sense of embarrassment.) There is still a little bit of cleaning up to do, and eventually, repaired bits of wall around the tiles will need to be repainted. I may apply a bit of paint for protection, but the real paintjob will have to wait; I am considering replacing the vanity (the sink definitely needs to be replaced) and I am also considering replacing the floor tiles, which are old and have developed a few minor cracks over the years.

But not this year. For now, I prefer to return to my regularly scheduled programming job and put down my screwdriver.