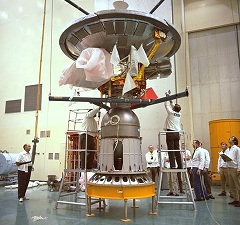 Having been told by a friend that suddenly, there is a spate of articles online about the Pioneer anomaly, I was ready to curse journalists once I came across the words: “a programmer in Canada, Viktor Toth, heard about the effort and contacted Turyshev. He helped Turyshev create a program …”.

To be clear: I didn’t contact Slava; Slava contacted me. I didn’t “help create a program”; I was already done creating a program (which is why Slava contacted me). And that was the state of things back in 2005. What about all the work that I have done since, in the last seven years? Like developing a crude and then a more refined thermal model, independently developing precision orbit determination code to confirm the existence of the anomaly, collaborating with Slava on several papers including a monster review paper published by Living Reviews in Relativity, helping shape and direct the research that arrived at the present results, and drafting significant chunks of the final two papers that appeared in Physical Review Letters?

But then it turns out that journalists are blameless for a change. They didn’t invent a story out of thin air. They just copied the words from a NASA JPL press release.

And I am still trying to decide if I should feel honored or insulted. But then I am reminding myself that feeling insulted is rarely productive. So I’ll go with feeling honored instead. Having my contribution acknowledged by JPL is an honor, even if they didn’t get the details right.