Ontario is in trouble. According to economist Don Drummond’s devastating report, only drastic measures can reverse the trend of ballooning deficits. So something must be cut. But what? And who will do the cutting?

Normally, this would be the time when I’d be expressing a desperate wish for a Conservative government to replace the Liberals ASAP. Unfortunately, I don’t trust Ontario Conservatives. Chances are that rather than cutting, they’d continue with business as usual, perhaps even spending some more on populist programs that happen to suit their ideological agenda (like Harper’s federal government did, with its tough-on-crime legislation at a time of falling crime rates.) Paradoxically, by commissioning the Drummond report, the Liberals indicated that they may be the best candidates to fix the mess that we are in, even though they may very well have caused it in the first place.

Still, it will be an interesting spectacle with the governing Liberal minority introducing an austerity budget in the provincial legislature. Will the Conservatives vote against an austerity bill just to bring down the government? 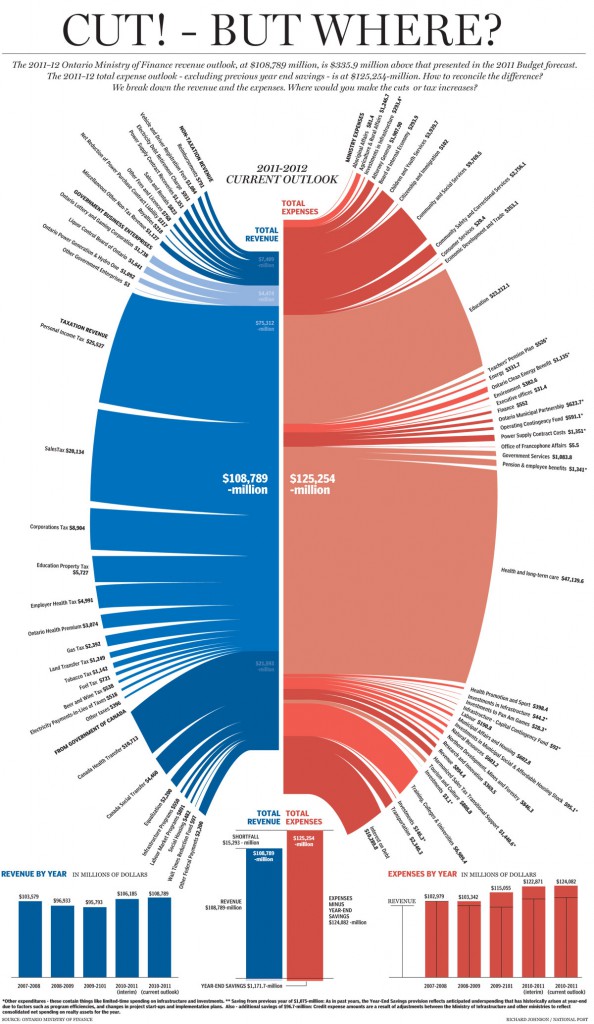