Recently I was beginning to worry about the possibility that the 6-year old SSD in my main workstation is aging and just might fail. I was also running a little low on space. So I decided to buy a new one, Samsung, just like the previous device.

Samsung has a piece of consumer-grade software for migrating from one drive to another. I decided to try it. 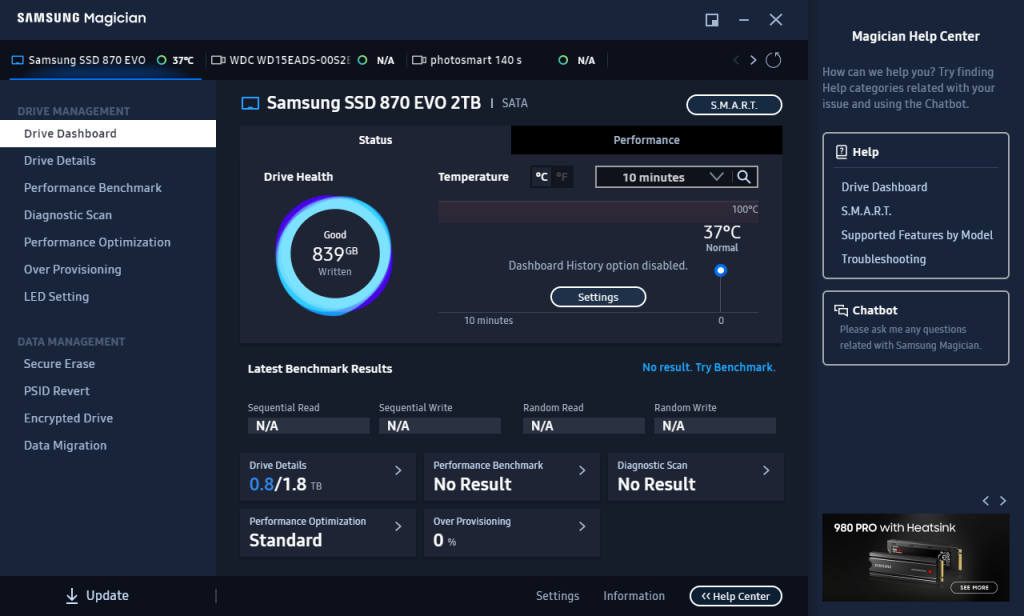 It ran reasonably fast, completing the copy of 1 TB, between two SATA devices, one in an external USB enclosure, in just over two hours. But then… it got stuck. Still displaying 99%, not budging.

I was about to give up on it, since it’s been like that for a good 15 minutes when finally, it changed its mind, declared the copy complete, and shut down my workstation.

I then swapped the drives, turned on the machine, crossed my fingers, and… the machine rebooted exactly the way it was supposed to. Worked on the first try, out of the box!

So far, there’s only one glitch: Some of my Outlook settings were reset. The reason is that the local Outlook message file was not copied for some reason, presumably because it was locked, despite the fact that I closed Outlook. Not an issue as all my mail is on my IMAP server, so I only lost a few minor convenience settings, and at least it freed up some more space (that local message file has a tendency of becoming much bigger than the actual message folders on the server!)

All in all, a surprisingly stress-free experience. I hope I’ll have no reason to change my opinion in the coming days.