Apparently, a growing number of people are framing the question concerning Russia’s war in Ukraine in terms of peace vs. justice. Peace would mean some kind of a settlement to end the fighting now, even if it means granting, e.g., territorial concessions to Russia to avoid humiliating Putin. In contrast, continuing to fight for Ukraine’s liberation is about justice.

In my view, it is dangerously wrong to present Russia’s war of aggression in these terms. Peace without justice is simply not possible. Believing otherwise amounts to repeating the tragic errors of 1938: When Britain’s Prime Minister, Neville Chamberlain, triumphantly returned from the Munich conference carrying a document with Hitler’s signature, declaring that he brought “peace for our time”. 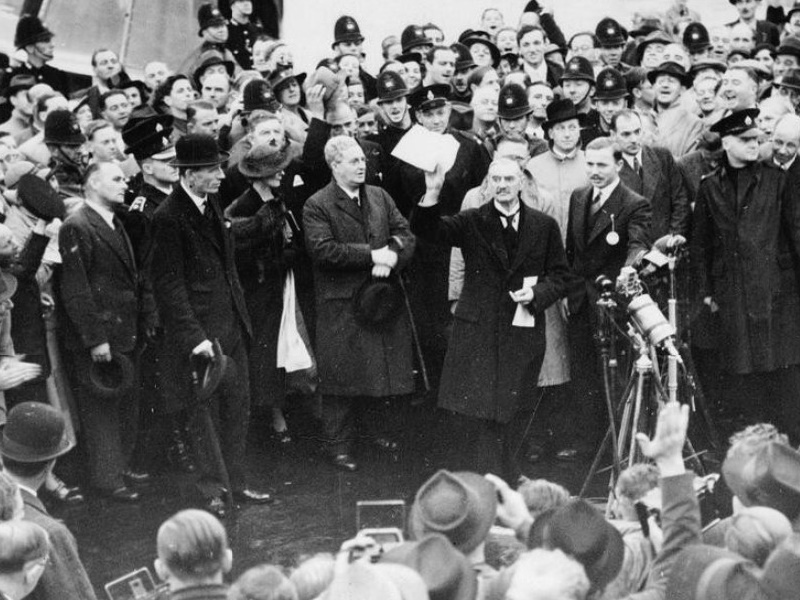 We all know how “our time” lasted. The grand total of 11 months.

That’s what peace without justice looks like. A despot like Putin is only encouraged by what he sees as weakness, signs of the cowardly decadence of the West. And just as he has now done repeatedly (!) in the past, he will happily ignore any agreement he signs today once he sees an opportunity, once he thinks that conditions are in his favor.

No. We must categorically reject such compromise. Much as we desire peace, we must not confuse lasting, robust peace with an armistice that only allows the despot to regroup, learn from his lessons, and start his aggression anew at the first viable opportunity. And his success might encourage other nations to resort to armed aggression, knowing that the West is too weak, too divided to stand up against them.

It is an unfortunate fact of human history that sometimes the shortest, surest route to “peace for our time” is through the battlefield. I wish the war stopped right now, with no more suffering, no more destruction, no more killing. But if the price we will likely pay is a greater, deadlier war tomorrow, I’d rather we do what it takes to avoid it.

And yes, I recognize that it’s easy for me to say these things from the comfort of an armchair in a peaceful city many thousands of miles away from Ukraine. But you know what? It’s also easy to speculate about these things in Washington or Brussels. How about we ask the Ukrainians? Do they want peace now, even with concessions? Or do they prefer to liberate their homeland and ensure that the Russians will be in no mood to attack again anytime soon?

Because this, after all, is the other lesson of 1938. Nobody asked the Czechs. The decision was made by the great powers without consulting those who would actually be paying the price in blood.