Do you know what wealth is?

It’s not superyachts. It’s not million dollar mansions. It’s not private jets or a chauffeured Rolls Royce. Those are pricey toys.

Let me show you real wealth. Guess which of the two objects in the image below is worth more: 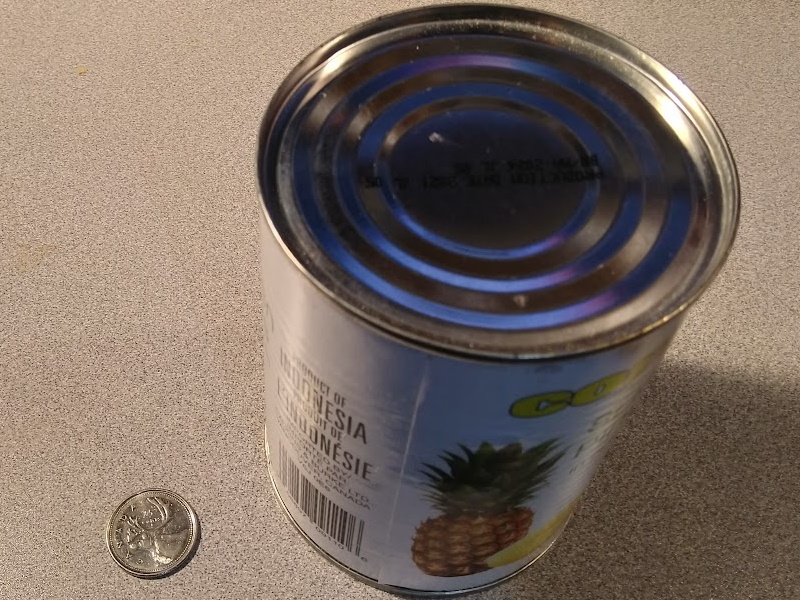 On the left, a Canadian quarter. That is, 25 Canadian cents. This is the amount that a resident of Ontario, working for the legally mandated minimum wage, earns in exactly one minute.

On the right is a 540 milliliter can of sliced pineapples, in pineapple juice. All the way from Indonesia.

That is to say, someone planted those pineapple plants and nurtured them. Someone picked that fruit. Others mined the iron and coal from which the soft steel was made, eventually rolled into sheets and formed into cans. Yet others operated the machinery of the cannery, slicing those pineapples, filling and sealing the cans on July 5, 2021 according to the stamped label on the can. The cans were then put into crates, loaded into containers that were put on trucks, taken to a port, transferred to a ship which then sailed to Canada. The container then made its way, through the railways and on trucks, to a warehouse and ultimately, to the grocery store here in Ottawa, all the while protected from the elements, from excess heat and excess cold that would have ruined the contents. Finally, someone placed the cans on a shelf where they must have sat a little longer than usual, until either a human manager or maybe an algorithm decided that they should be marked down.

And then my beautiful wife picked up a pair of these cans… paying the grand total of 48 Canadian cents for the two.

That is, a large can of sliced pineapples, all the way from Indonesia, here in the final days of an Ottawa winter… costing less than a quarter. Even working at the Ontario minimum wage, for the equivalent of less than 60 seconds of our labor.

That’s what wealth really is.