Finally, Ottawa’s LRT is back in service again, operating more or less reliably, at more or less full capacity for a few weeks already, after a nearly two months long shutdown following the system’s second derailment in its mere two years of operation.

Let me celebrate this triumph (er, am I being too sarcastic?) with an archive photo from the city of my birth, Budapest, from 1966 or 67. 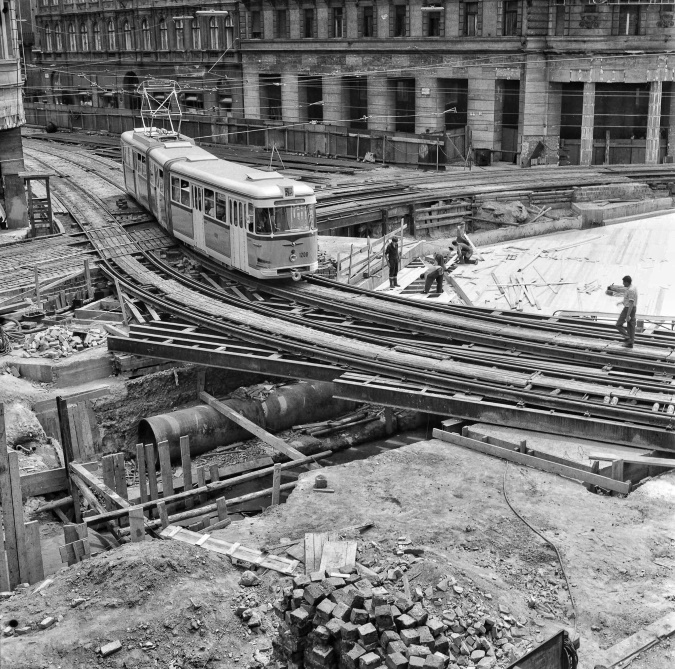 You see, back then, more than half a century ago, they were able to maintain nearly uninterrupted streetcar service at a major Budapest intersection, even if it took laying down temporary tracks as a new underground pedestrian passageway was constructed and in the process, a lot of the old infrastructure (water mains, sewage) was also replaced.

Why is it that maintaining uninterrupted service in 2021 in a G7 capital city is suddenly harder than rocket science?