I promised myself not to blog much about politics, but this one deserves an entry.

In my all time favorite movie, Cloud Atlas, while reading some decades-old letters, a protagonist remarks: “Just trying to understand why we keep making the same mistakes… over and over.”

I was wondering the same thing moments ago when I came across the cover page of tomorrow’s edition of USA Today: 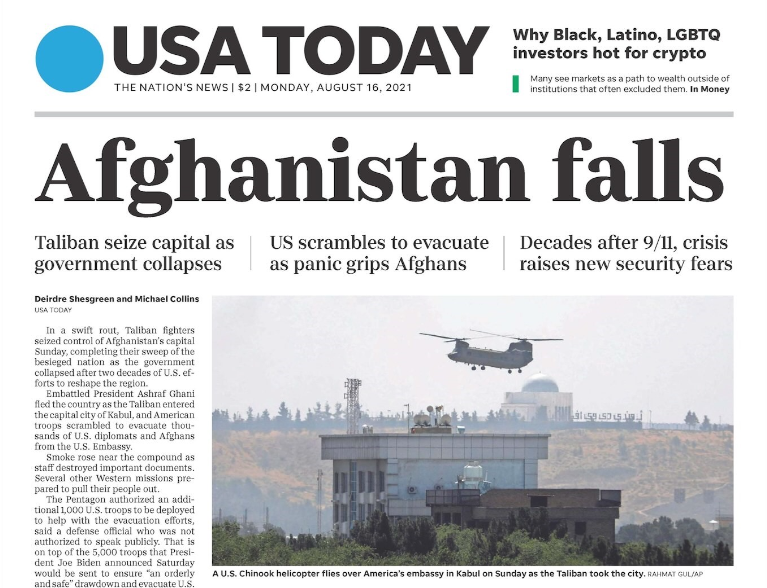 The editors of USA Today of course knew exactly what they were doing when they elected to use a picture that is almost like a copy of another iconic photo, this one from 1975: 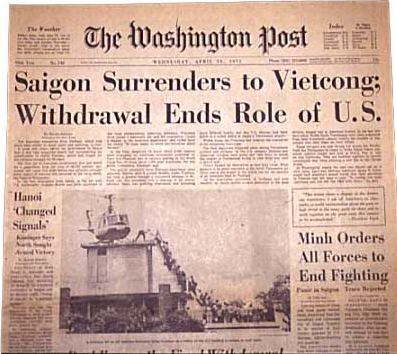 Many think that it is a mistake for the US to exit Afghanistan. I respectfully disagree. The mistake was starting an unwinnable war. Compounded by the mistake of staying there for 20 years, perpetuating a conflict, causing many more deaths. Wasn’t Vietnam a good enough lesson? Didn’t the collapse of the Saigon government teach the US that military occupation cannot build a nation? Was there nothing to learn from the USSR’s failure to pacify Afghanistan? Or for that matter, their failure to suppress the Baltics and the nations of Eastern Europe, which chose to escape the Soviet Bloc at the first opportunity, with their domestic politics often resuming exactly where it left off decades earlier when it was interrupted by the arrival of Soviet troops?

So here we are, 46 years after Saigon, and yet another helicopter departs yet another roof with some of the last lucky few who can thus escape an uncertain future, possibly death, in a besieged city.