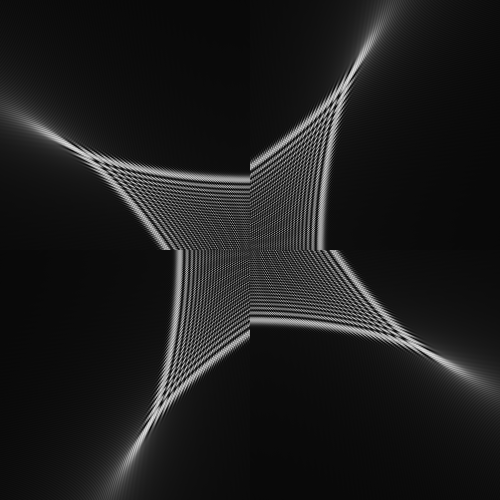 No, this is not something that a gravitational lens would produce. Or any lens.

Even-numbered multipoles in a gravitational lens produce images that have fourfold symmetry. This allows me to reduce the amount of computation needed to generate an image, as I only need to generate one quarter; the rest are just copied over.

But this is not true for odd-numbered multipoles. This image was supposed to represent the J3 multipole, which would yield a triangular shape.

Unfortunately, I generated it accidentally by assuming the symmetries of an even-numbered multipole.

I kind of like the result, even though it is of course scientifically worthless. It still looks neat though.