In recent days, especially in light of the sudden drop in vaccine deliveries in Canada, I saw a lot of criticism aimed at the Canadian government and its perceived failure to secure vaccine supplies or vaccine manufacturing in Canada.

Reality is a little bit more nuanced. Manufacturing a 21st century vaccine is not exactly something that can be done anywhere. The fact that Canada doesn’t presently have the expertise or infrastructure is lamentable but that’s the result of a decades-long trend, not the decisions of the past several months. 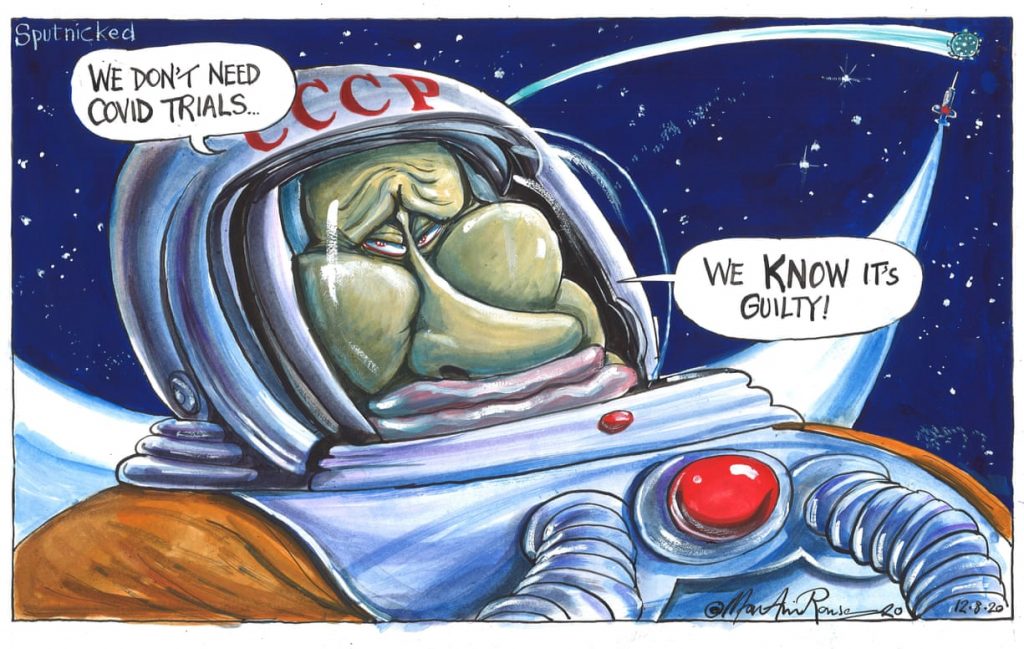 Meanwhile in Hungary, Orban’s government is criticized for telling people that they will be vaccinated with whichever vaccine is available at the time; if you don’t like the vaccine being offered, you’re sent to the back of the line. A bit harsh, to be sure, but this is a bleeping global health emergency. Orban’s government may be criticized for acting in haste when they approved the Chinese and Russian vaccines (although the Russian vaccine seems effective; the Chinese vaccine is probably also fine, what is questionable is the ethical shortcuts they took with the testing and approval process). But acting in an authoritarian fashion when there is a global health emergency is precisely what even the most liberal, most democratic governments are expected to do. Orban can, and should, be criticized for undermining the country’s democratic institutions, its press freedoms, its judicial independence, its constitutional principles, but not for acting decisively when decisive action is needed during a pandemic.