In one of my favorite cartoon series of television, Futurama, there is an aging science professor with many fictitious inventions. One of them is the smelloscope: a device used to detect, amplify, and measure smells.

Except that this device is not fictitious. They might not call it a smelloscope, but CBC News was using it nonetheless to measure that unpleasant consequences of Toronto’s ongoing municipal strike: 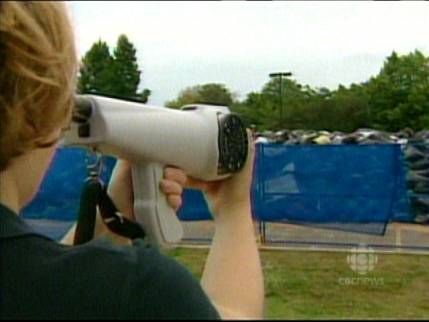 Ah, the wonders of modern science. Is there nothing in fiction that does not eventually get turned into reality?