There is this wonderful Tom Waits song (Waits may be the only artist I know who presents cacophonic noise as “music” and yet the result is something I don’t hate), Earth Died Screaming. The title is borrowed from The Earth Dies Screaming, a 1964 British film, scenes from which are used in the Tom Waits music video.

The British movie is about an alien invasion. But a friend of mine used this phrase a lot lately as he is posting about environmental disasters, such as the ever growing islands of plastic in the ocean, the rapid, wholesale disappearance of species, or the still callous attitude of greedy humans who continue to engage in wanton destruction.

And then there are the bugs.

It wasn’t that long ago that I read somewhere online the observation that nowadays, when you go on a highway drive on a summer evening, your windshield no longer gets covered with bugs. Sure, some of it might be explained by the more streamlined shape of automobiles, allowing laminar airflow and letting the bugs escape… but it isn’t a very convincing explanation and I, too, noticed that the bugs are no longer a major problem.

And then, I read about vanishing insect populations in National Geographic. 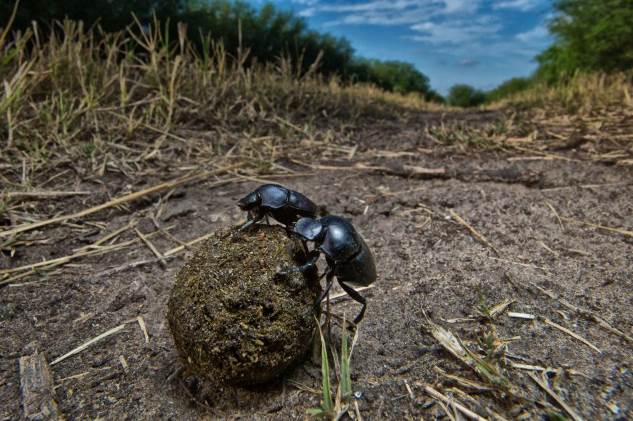 Here are a couple of sentences worth quoting:

“In October 2017 a group of European researchers found that insect abundance (as measured by biomass) had declined by more than 75 percent within 63 protected areas in Germany—over the course of just 27 years.” Or that “within a relatively pristine rainforest in Puerto Rico, the biomass of insects and other arthropods like spiders had fallen between 10- and 60-fold since the 1970s.”

If this doesn’t scare the bejesus out of you, maybe it should.