Yesterday, I received a nice surprise via e-mail: A link to a new article in Astronomy magazine (also republished by Discover magazine) about our efforts to solve the Pioneer Anomaly. 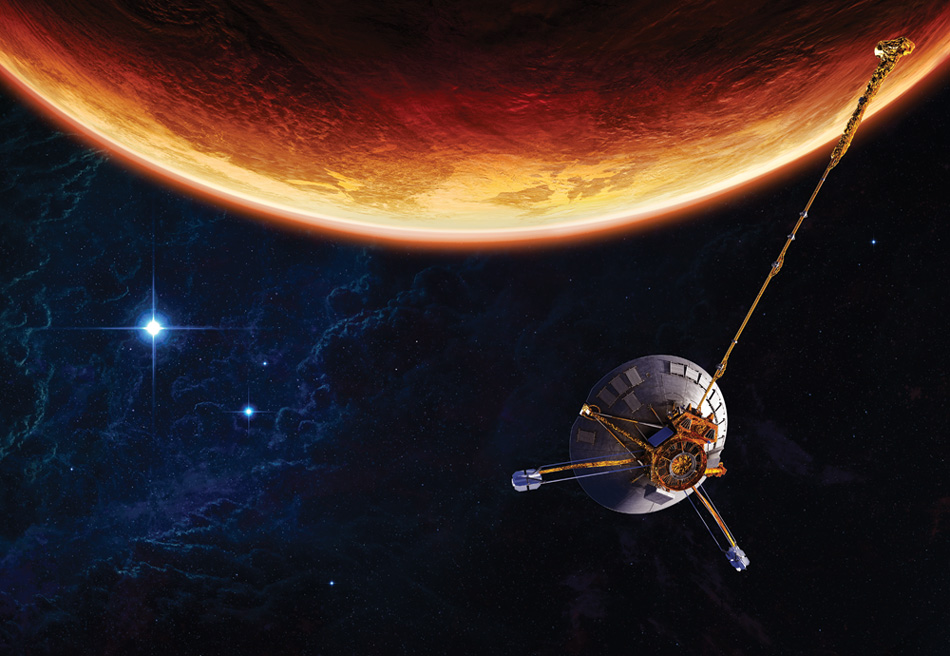 I spent several years working with Slava Turyshev and others on this. It was a lot of very hard, difficult work.

As part of my (both published and unpublished) contributions, I learned how to do precision modeling of satellite orbits in the solar system. I built a precision navigation application that was sufficiently accurate to reconstruct the Pioneer trajectories and observe the anomaly. I built a semi-analytical and later, a numerical (ray-tracing) model to estimate the directional thermal emissions of the two spacecraft.

But before all that, I built software to extract telemetry from the old raw data files, recorded as received by the Deep Space Network. These were the files that lay forgotten on magnetic tape for many years, eventually to be transferred to a now obsolete optical disc format and then, thanks to the efforts of Larry Kellogg, to modern media. My own efforts, to make sense of these telemetry files, is what got me involved with the Pioneer Anomaly project in the first place.

These were fun days. And I’d be lying if I said that I have no tinge of regret that in the end, we found no anomalous acceleration. After all, confirmation that the trajectories of these two Pioneers are affected by an unmodeled force, likely indicating the need for new physics… that would have been tremendous. Instead, we found something mundane, relegated (at best) to the footnotes of science history.

Which is why I felt a sense of gratitude reading this article. It told me that our efforts have not been completely forgotten.