Our smallest cat, Pipacs, continues to do well.

Four weeks ago, we thought we were on a death watch: The kitty was severely ill, no longer able to poop as his intestines were blocked by an invasive bone growth. Laxatives, even several enemas were of no use.

We were convinced that the only alternative to a slow, painful death was euthanasia.

But then, he suddenly pooped. (What a relief. Especially for him.) Since then, we’ve been able to manage him with medication. 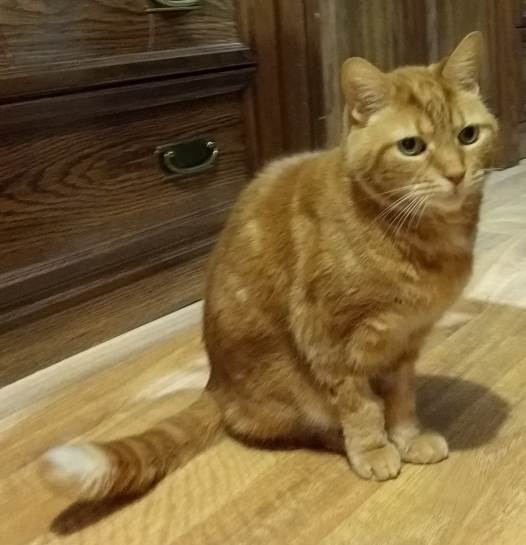 I don’t know how long he will still be with us, but for now, he is doing okay. The bone growth distorting his pelvis is quite large now, making it all but impossible for him to use one of his hind legs, but it doesn’t appear to bother him too much, except when he is trying to use that leg to scratch an itch. Just watching it is frustrating! (How do multiple amputees scratch themselves when they have to?)

But he is eating well, he is pooping well, and when the other cats aren’t chasing him around, sometimes he chases them instead.