Concerned as we were (and still are) about the health of our smallest kitty Pipacs, it helps to remember that we have two other felines in the house, both in good health as far as we know (fingers crossed and all that.) 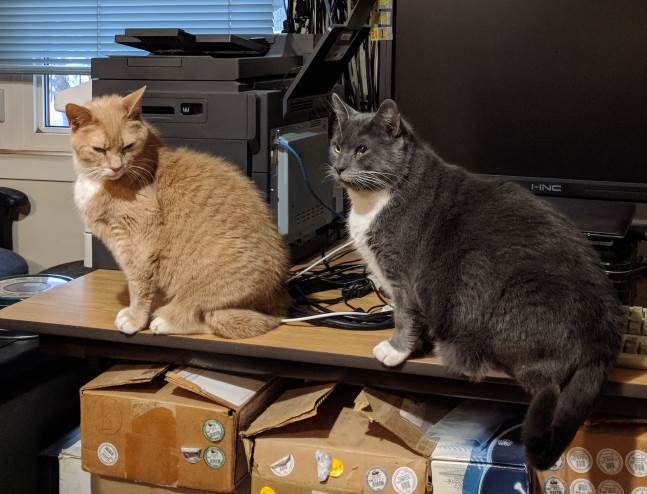 The orange tabby on the left, Kifli, will turn 17 in April. He will be old enough to vote in next year’s federal election! He has not stated his political preference yet.

And despite their similarities, the two cats are not related. The cat on the right, Rufus, was a stray. He was approximately one year old when we adopted him in the fall of 2014.