Not too long ago (OK, well, 30 years… it doesn’t feel that long anymore) there was another genius on the news: the Genius of the Carpathians, Romanian dictator Nicolae Ceausescu.

Here is a joke from that era that, no doubt, could be adapted to fit the “very stable genius”, too.

The US president, the General Secretary of the Soviet communist party, the Pope and Ceausescu are flying somewhere on a plane. Suddenly, the pilot enters the compartment and says, “Gentleman, I have bad news. This airplane is about to crash and we only have four parachutes.”

Immediately, the US president yells, “I am the leader of the free world, I must survive!”, grabs a parachute and jumps.

He is followed by the Soviet leader, who yells, “I am the leader of the worldwide socialist revolution. I must survive!”, grabs another parachute and jumps.

Next comes Ceausescu: “I am the Genius of the Carpathians! I must survive!”, grabs the next parachute and jumps.

The Pope and the pilot remain. The Pope looks at the pilot and says, “My son, I am old and lived a full life. Your whole life is ahead of you. Please take that parachute. I’ll pray for your survival.” The pilot responds, “No need to worry, Holy Father, we have two parachutes left. The Genius of the Carpathians grabbed the fire extinguisher.” 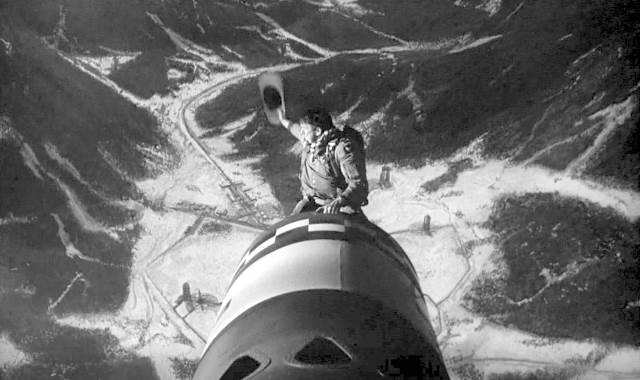