NASA’s Cassini spacecraft is no more.

Launched 20 years ago, Cassini arrived at Saturn in 2004 and has been studying the ringed giant ever since. Cassini also carried the Huygens probe, which executed a successful descent into the dense atmosphere of Saturn’s moon Titan, and even transmitted data from its surface.

Its fuel nearly exhausted, Cassini was steered into a trajectory that led to its intentional demise: a fiery plunge into Saturn’s atmosphere earlier this morning. As planned, the spacecraft was able to transmit observations until the very end, when its thrusters were no longer able to maintain its attitude during the descent. 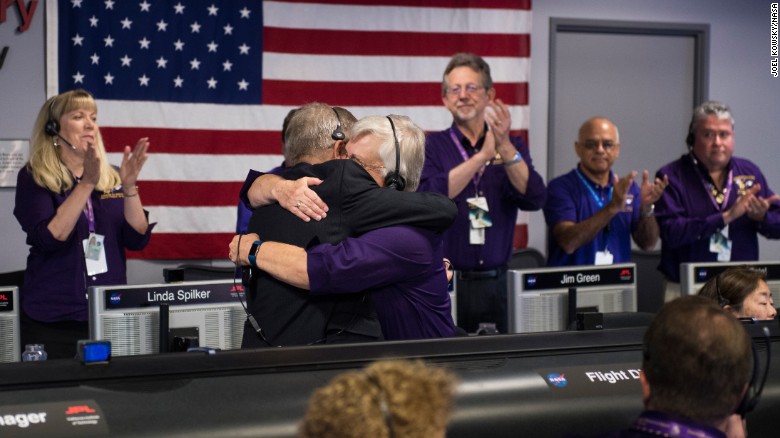 I feel sad that Cassini is gone, but I should also feel elated because it has been an incredibly successful mission. I just hope I live long enough to see another probe visiting Saturn, perhaps a probe or set of probes that are designed to land on Titan, maybe even sail its hydrocarbon seas, in search of possible life on that icy world.