No, I am not using expletives.

It is an actual code that I can enter into my Samsung phone to get to a service menu that allows me to re-enable USB functions that somehow got turned off.

Although it took only about 15 minutes to find this particular code, it marked the end of a rather frustrating 24 hours. Last night, as it was just about to complete installing 24 Microsoft updates, my workstation locked up. The incomplete installation of updates managed to mess up my Microsoft Office setup, and made it impossible to install some still missing updates. Which meant that I had to use System Restore to get back to a known-good state first, and then redo the updates. 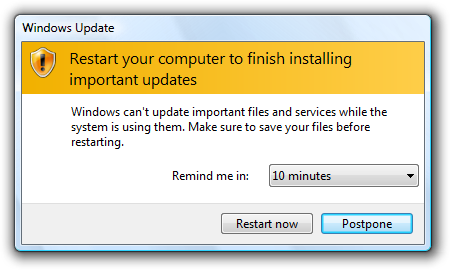 As a result, much of my day was consumed (and it’s not like I slept much last night either.) And as if that wasn’t enough, my phone also suddenly decided that it didn’t want to connect to my workstation anymore… hence my need for the aforementioned code.

All is well that ends well, though, and in the end I managed to install everything. It’s just that those hours of my life that I lost, I’ll never get them back.

It also reinforced my conviction that I made the right decision when, a few days ago, I decided to invest some money and purchase parts for a new workstation and server. It’s about bleeping time… this machine served me well for over seven (!) years, and seven years in this profession is almost an eternity.

Still waiting for some of the parts though. Although I ordered everything from the same supplier, NewEgg.ca, the shipments come from at least four different locations in North America.