Our long-serving Member of Parliament, Mauril Bélanger, was the recipient of an unprecedented honor today: He was named honorary Speaker of the House. 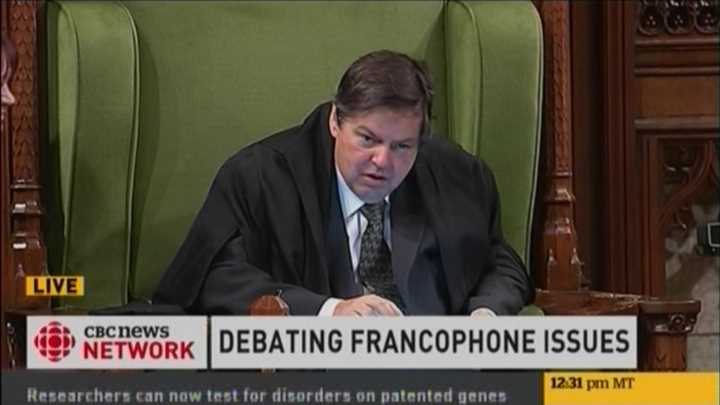 Unfortunately, we could not hear Mr. Bélanger speak. That is because he is suffering from ALS, or Lou Gehrig’s disease (its most famous sufferer alive is the physicist Stephen Hawking), which is rapidly progressing; since his initial diagnosis last fall, he lost the ability to speak, so it was his iPad that was speaking for him.

The illness also ended his dream of becoming Speaker of the House, which explains the honor that has been bestowed on him today.

I have a lot of respect for Mr. Bélanger. Over the years, I wrote to him a few times with my concerns, and on more than one occasion I received a personal response, either in the form of a latter or, in one case, in the form of a telephone call. In short, Mr. Bélanger appeared to take the idea of representing his constituents very seriously.

He may have lost the ability to speak but he has not yet lost all his mobility. Although he needed some help, he was able to walk into the Chamber on his own two feet. 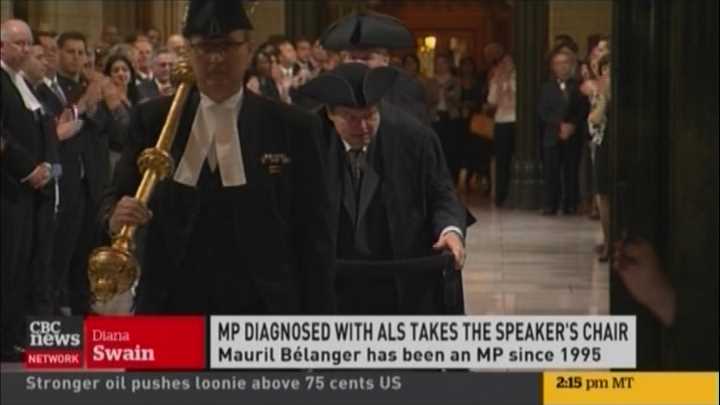 It was a moving moment, and I am glad I caught it on the CBC. Thank you, Mr. Bélanger.