The latest edition of The Globe and Mail‘s Report on Business magazine has a lengthy article discussing the economic performance of the Harper government. Short version: spin matters more than actual performance. Thus the Liberals lost the election in 2006 despite having one of the best economic track records in Canada’s history, while until recently, Mr. Harper has been able to portray himself as the savior of the Canadian economy despite the fact that its actual performance is the worst, at the very least, since the end of WW2.

To stress their point about propaganda and a bad economy, the print edition of the article had a wonderful illustration, depicting Mr. Harper in the classic pose of Joseph Stalin. For some reason, this picture didn’t appear to have found its way to the online edition, but never mind, that’s what scanners are for. 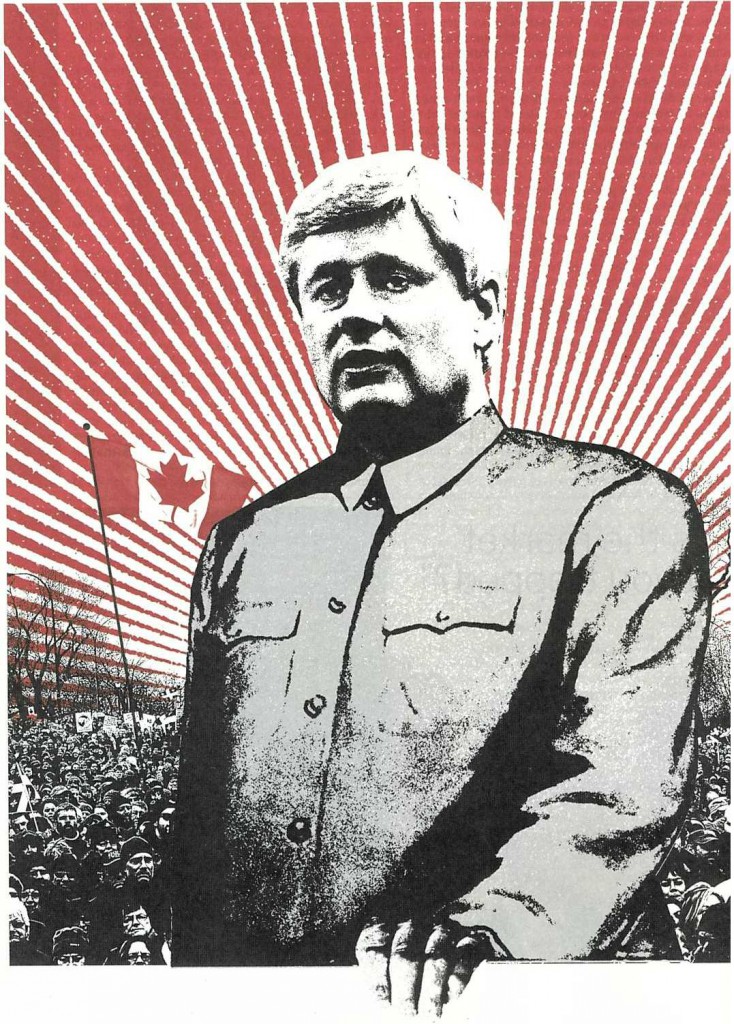 Of course, Harper’s economy is just one of the topics that I have written about in my Cats for Harper blog; sadly, disappointingly few people bothered to register, never mind vote. Hey, my liberal-minded friends! Get off your… tushies and start awarding the cats!