The Russian word nekulturny (некультурный), meaning uncivilized, uncultured, was used often in Soviet times by USSR citizens to describe disagreeable behavior, especially on behalf of foreigners. (Implying perhaps a mix of xenophobia and a sense of cultural superiority. Or whatever.)

Today, I feel compelled to use this word and accuse Mr. Putin and his crony government of being nekulturny.

You see, it is one thing to institute a retaliatory import ban in response to Western trade sanctions, even if it means hardships for your own citizens, in the form of rising food prices.

But to bulldoze tons of good quality food into a landfill? That is nekulturny indeed. 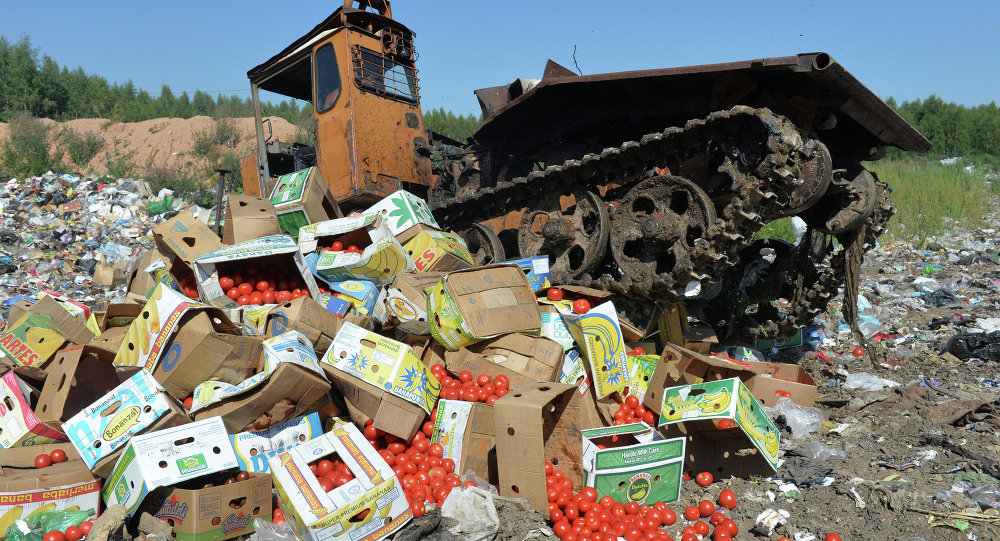 Are you trying to imply, Mr. Putin, just like your propagandist predecessors from Soviet times, that Russia has no poverty, no hunger, no soup kitchens? I don’t believe you. You see, even the richest countries have poor people: people who were unlucky, whose lives derailed for whatever reason. And Russia is far from being among the richest countries.

You could have confiscated all that food, punished all the illicit importers, and then like a benevolent tsar or dictator, you could have offered the freshly confiscated food to homeless shelters, soup kitchens, food banks or orphanages, who would have welcomed your assistance with gratitude.

But no, you had to demonstrate that you are a macho tough guy. Shirtless in the Russian winter, fighting polar bears and flying jet fighters. And destroying food.