Dr. Kelsey’s name is the subject of legend among thalidomide sufferers. Born in Canada, Dr. Kelsey moved to the United States, where eventually she became an employee of the Food and Drug Administration in 1960. The first file on her desk was about thalidomide, a drug that is now known to have caused many thousands of birth defects worldwide.

Concerned about the drug’s suspected side effects, Dr. Kelsey refused to approve it without full clinical trials. She was vindicated when the numerous birth defects caused by thalidomide came to light. The USA was thus spared a scourge that was inflicted by thalidomide on many other countries, including Canada.

Eventually, Dr. Kelsey was even recognized by the president of the United States, John F. Kennedy. 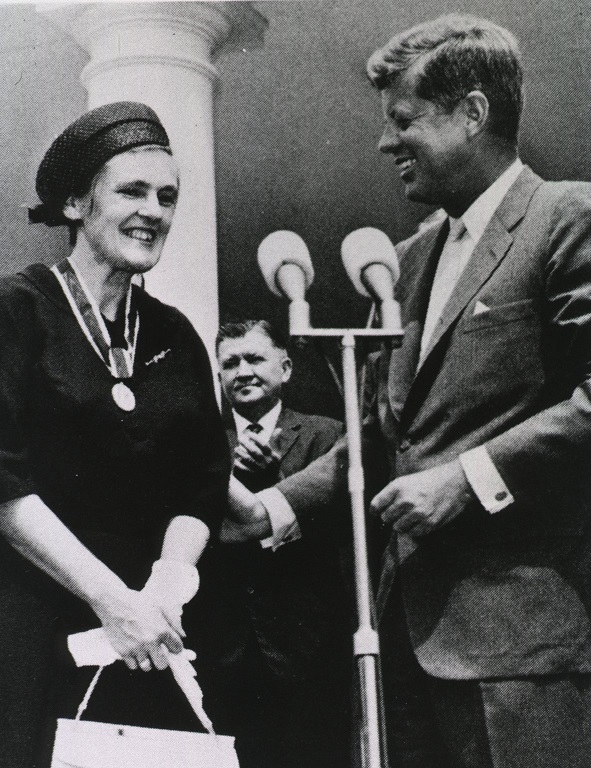 Dr. Kelsey’s Canadian recognition came much later. In 2015, she was finally awarded the Order of Canada. Her family asked that the award ceremony be moved up as her health was in rapid decline. Accordingly, Elizabeth Dowdeswell, Ontario’s Lieutenant-Governor, visited the Kelsey home yesterday. Dr. Kelsey was reportedly aware and was thrilled.

Frances Kathleen Oldham Kelsey died less than 24 hours later. But what an amazing life she lived.