A British monarch was laid to rest today.

No, you didn’t miss anything in the news. Queen Elizabeth II is still the reigning monarch of the United Kingdom or, for that matter, Canada.

The monarch who was laid to rest is none other than Richard III, the last British monarch to have been killed in battle on home soil, 530 years ago this year. 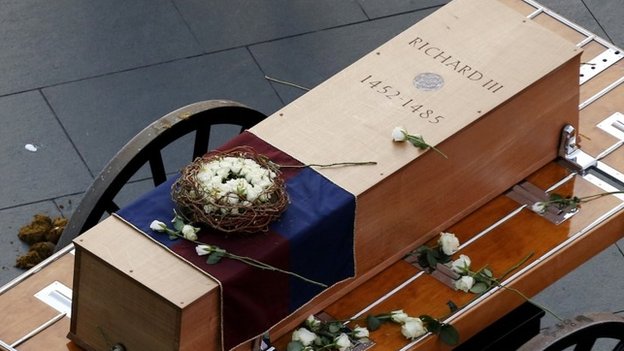 His remains, however, were only found in 2012 and were not positively identified until some time after.

And now, Richard III has found his final resting place.