I am watching a documentary on BBC World.

BBC World is available here on basic analog cable, which is the only kind of cable I am interested in having in the house. (Mainly, I am put off digital cable because of the need for separate set-top boxes, but DRM also doesn’t help, not to mention the nasty habit of the box to wake up in the middle of the night to perform an OS upgrade, clearly demonstrating that I am not in control of equipment that is in my house.)

However, BBC World is, it appears, a high definition (HD) broadcast, so on analog cable it appears with a black stripe on the top and the bottom of the picture.

This particular documentary, however, was apparently shot in standard definition. So BBC World chose one of three options, each less than perfect: instead of cropping the picture at the top and the bottom, or introducing black stripes on the left and right, they decided to stretch the picture horizontally. Why so many people prefer a distorted picture over black stripes, I have no idea.

But this means that on my standard analog cable, I get a standard definition show that appears at less than standard resolution, vertically compressed, distorted, with unnecessary black stripes at the top and the bottom. Isn’t HD just glorious? 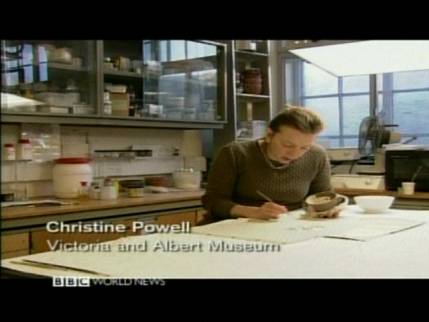 Fortunately, as I tend to watch TV on my computer, I always have the option of stretching the video window vertically and get a picture with the correct aspect ratio. This option is not necessarily available on ordinary televisions.

Behind this ridiculousness is the insane decision to change not just the resolution but the aspect ratio of HD broadcasts. Why, you might ask? Very simple. If the aspect ratios were the same, most people could not tell the difference between standard definition and HD even when the broadcast was true HD, which often is not the case (older shows, and even some newer shows, are shot in standard definition.) So how do you convince people to buy HD anyway? By making it apparent that they have a “better” television set because it is wider.

And this has been done before. Back in the 1950s, when movie studios were seriously worried about the competition of television, they changed the aspect ratio of Hollywood movies, intentionally making them incompatible with the standard 4:3 aspect ratio of NTSC/PAL television. What is amazing is how well they managed to convince the public that a wider picture is better, providing yet another example of just how easy it is to manipulate people.