There is no other way of describing it: Russia now engages in open aggression against Ukraine. Whatever one’s thoughts are about Ukrainian nationalism or the wisdom of breaking up the territory of the old Russian empire into semi-viable successor states, such open aggression should be condemned without reservation. Russia being a nuclear superpower, Puting can do whatever the hell he wants, but that doesn’t mean that we should stay silent. 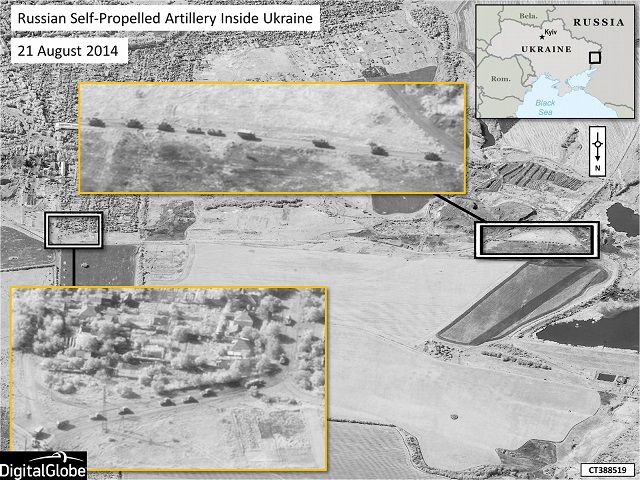 Curiously, the NATO Web site where these pictures were published is intermittently unavailable. Given this morning’s breaking news about coordinated cyberattacks originating from Russia and aimed at US banks, I would not be surprised if NATO’s Web site itself were itself subjected to something like a DoS attack by Russia, which might explain the intermittent outages.