Last night, as I was watching the latest episode of Tyrant (itself an excellent show about a fictitious Middle Eastern dictatorship and its ruling family), I happened to glance at the TV during a commercial break just at the right split second to see this: 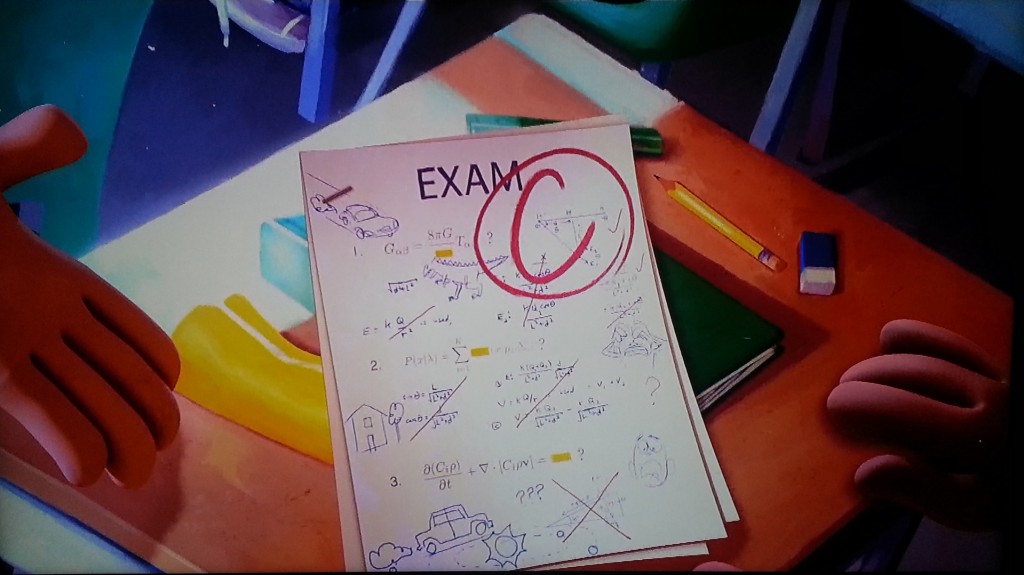 This was part of an ad, a Subway sandwich commercial, with an animated monkey handing this exam sheet back to a student (also a monkey). What caught my eye was the equation on this sheet. What??? Einstein’s field equations? 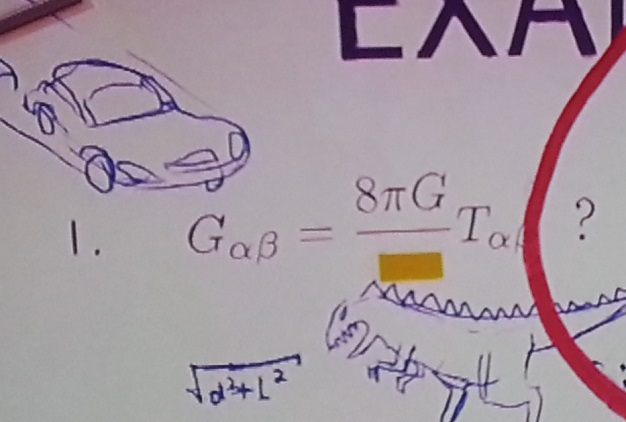 Other, easily recognizable equations on the sheet included an equation of the electrostatic Coulomb force, the definition of the quantum mechanical probability amplitude, and the continuity equation.

What struck me was that all these are legitimate equations from physics, not gibberish. And all that in a silly Subway commercial. Wow.