In October, 2008, when she was speaking as the Republican vice-presidential nominee, Sarah Palin said the following:

“After the Russian army invaded the nation of Georgia, Senator Obama’s reaction was one of indecision and moral equivalence – the kind of response that would only encourage Russia’s Putin to invade Ukraine next.” [emphasis mine]

Fast forward to March 1, 2014, when Putin just asked the Russian parliament to authorize the sending of troops into Crimea, ostensibly to protect Russian nationals and help normalize the situation.

In a world where Sarah Palin’s geopolitical concerns come true and respectable foreign policy institutions are eating crow, everything is possible.

And now, I am officially scared. 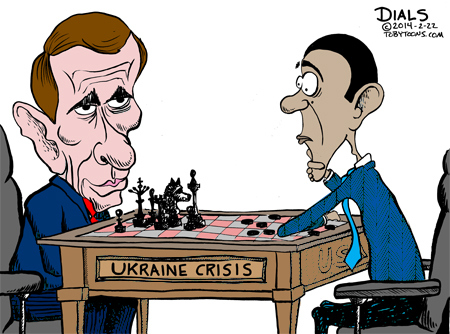 One Response to “Sarah Palin was right. Now I am officially scared”