Poppy is a 20th century cat. 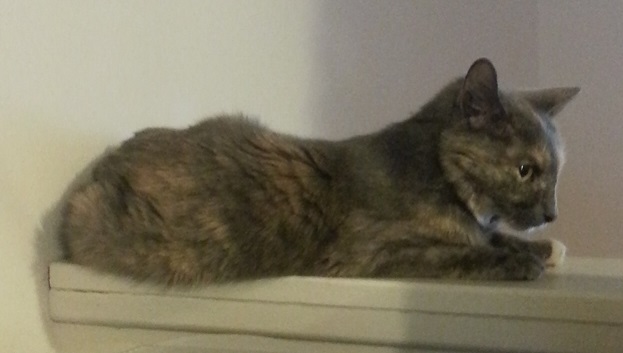 Not for the first time, Poppy is a guest in our house, while her owner is traveling during the holidays. Poppy was a shelter cat. Her owner acquired Poppy in 2000, when the cat was around one year old.

Poppy is a beautiful cat. The first day after her arrival, she was hissing and growling a lot, but she acclimatized rapidly, and has been very friendly since. She is also tolerating our other cats reasonably well.

It was so good to see this old friend in good health, and in such good shape. The number of cats around who were born in the 20th century is dwindling rapidly. Cats may live longer than dogs, but they don’t live forever, and a 15-year old cat is certainly considered a senior. If Poppy were human, she would definitely qualify for a discount bus pass.

That said, I hope we will have many more chances to welcome Poppy in our home in the years to come.