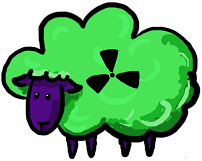 Browsing the Web this morning, I ran across a reference to a Judge A. Sherman Christensen, also known as the “sheep case” judge, who tried a case in 1955 when Utah ranchers sued the federal government for the death of much of their livestock due to radioacive fallout from atmospheric nuclear tests conducted in Nevada.

Christensen, relying on evidence offered by government expert witnesses, ruled against the ranchers.

Astonishingly, 23 years later Christensen set aside his own judgment, having become convinced that fraud was committed in his courtroom by the Federal government.

Even more astonishingly, an appeals court rejected Christensen’s findings. The ranchers never had a chance. Neither did their sheep.